Actor Imran Khan is surely following Mamu Aamir Khan’s steps in all the right directions. The 30-year-old Bollywood heartthrob is making news not only in the world of cinema but also in the world of social causes. The young and vivacious actor was awarded by animal rights organization, People for the Ethical Treatment of Animals (PETA) India, for stopping a trainer from hitting a canine on his film set.

Imran Khan was reported filing for his newly released Gori Tere Pyaar Mein, when he witnessed one of the dog trainers misbehaving with the cuddly canine. The trainer was said to have been smacking the dog when Khan caught him in the act.

Khan reacted by stepping up to the trainer, pushing him out of the way in order to cease the abuse. As a token of appreciation, PETA graced the actor with a ‘Hero to Animals Award’ along with a basket of canine shaped vegan treated prepared especially by the Ambrosial Chockies in Pune.

This is not the first time the young Khan has joined hands with the organization. Earlier this year, he filmed an advertisement with PETA, urging people to adopt and care for homeless animals.

Prior to Imran Khan, actors Zarine Khan, Rani Mukherjee and Comedian and VJ Cyrus Broacha have been awarded the Hero to Animal Award by PETA. 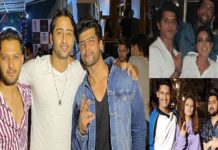 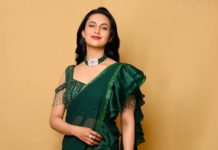 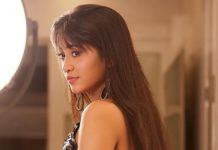