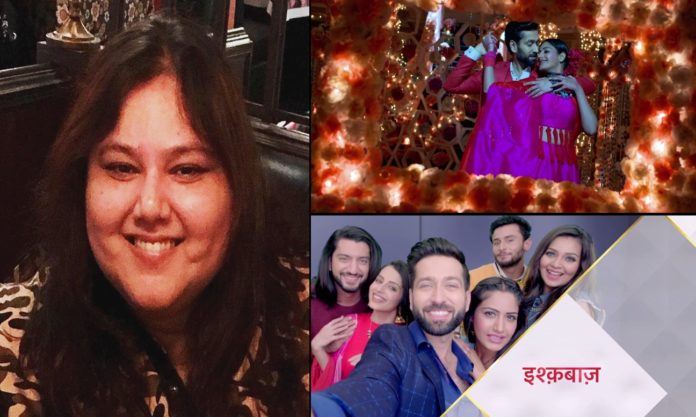 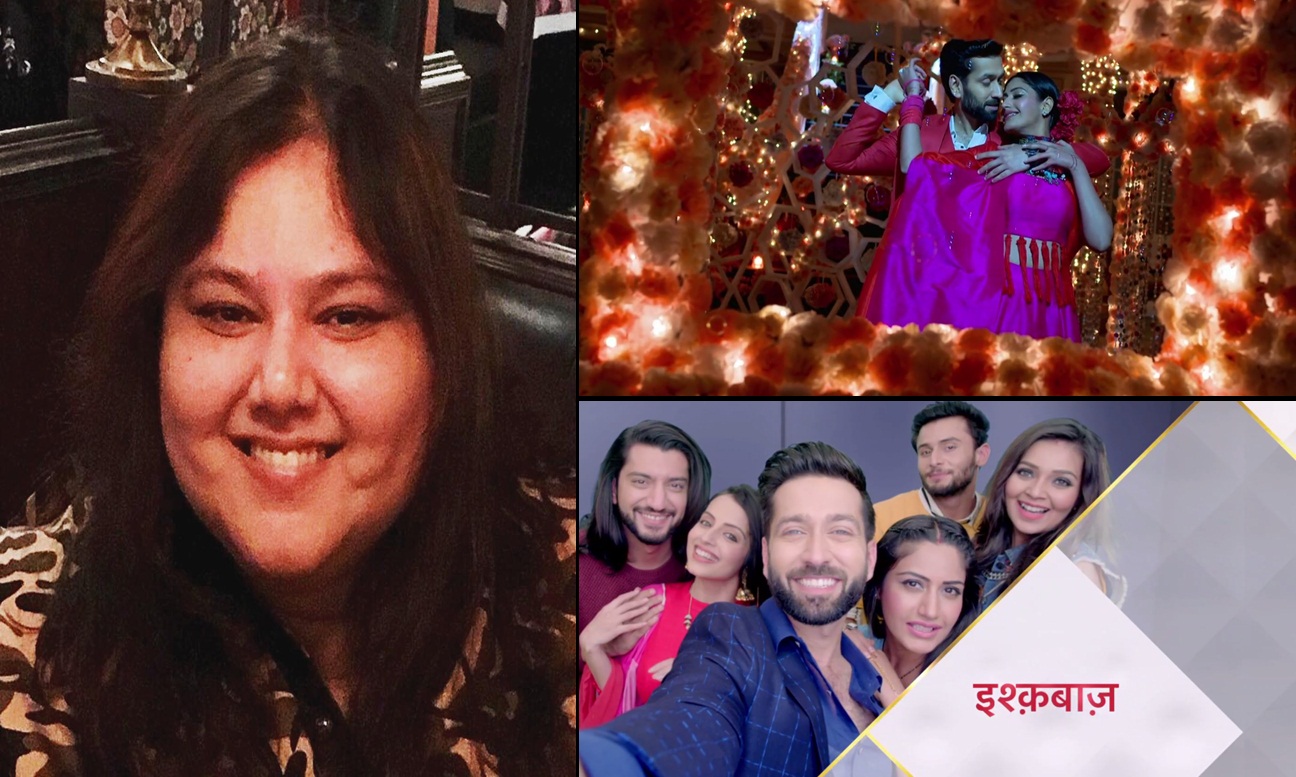 It’s not everyday when we get to look at everything that plays in the mind of a writer while drafting a script, a story and its characters for a show. Shows that are character driven always have immense amount of thoughts given to each characters and the result of that is – We tend to love, adore these characters and get inspired by them.

How TV works, how the target audience relates to its served content, why is always ‘bahu’ a fixer in daily soaps, the minute details of the redux phase of Ishqbaaz, the new complications arising in Shivaay-Anika’s life and how they will deal with it, the changed dynamics between OmRu, what to expect in Ishqbaaaz ahead – All of it you will get here from none other than the wonder woman behind this creation, the writer, the showrunner of Ishqbaaaz – Harneet Singh.

Getting candid in a memorable chat that lasted for more than one hour, she told us what the audience’s beloved ShivIka mean for her and how was the role of Jadoogar Taj executed in the show along with an unknown trivia about the same.

This below conversation, we believe brought out many questions and untapped queries that have clouded the mind of the viewers since long.

Is there anything that you would say should change in the way TV series are made or written in India? What are the things you think should me made to change or moderated in daily soaps.

See there are two ways, when you talk about the industry; one is the working of the industry, how the industry functions and other is the what you put out, the content that we deliver. Now in the working of the industry, television industry is dominated by women, Producers are mostly women. There are so many women working in channels also and these are women of power, they take important decisions. Most writers are women and our protagonists are also mostly women other than my show. So there a lot of decisions that are taken by women. In the television industry the balance is, the working force is nicely helmed by women.

About the content we put out, it’s a business, it’s demand and supply. Everybody wants to tell a good story, everybody wants to be true to their character and if you notice situations that come in the life of protagonists, there is a journey to every protagonist. There is an arc.

People sometimes feel iss show mein toh itni sadness hai, that ladki, inke saath toh sirf atyachaar hii hue jaa raha hai, but ultimately the woman takes a stand. Ultimately the wrong people are shown that they are evil and they get their due. It happens, it’s just that in a film maybe you see the outcome in one and a half hours, in a book you might see the outcome in 300 pages. And because this is a daily soap, you know there is no end.

I think television has brought many important things to light, in fact television is a very powerful medium. It goes into homes. Tell me one topic that TV shows have not touched. There have been shows that have touched issues of marital rape. Everything that happens is touched. I think television really mirrors the society. The way of telling might be a little soft or it might be more dramatic but at the end of the day it is a reflection of what is happening around us.

Ishqbaaz did episodics. We did those episodic stories because we wanted to do a bit of social responsibility because we felt as a show, that has been loved by people, as a show where 6 characters are so popular, we felt that we had something and it’s time to give back something. That is why we did social validations, be it on old people, be it me too or honour killing through Khanna’s track.

There were episodes on societal pressure regarding bearing a child as well.

Loved those episodes. Should we have a child because society expects it from you or are you ready for it? You might love your wife but you might not be ready to be a father. So that was also something that television allowed us to do. Our audience saw those things. Hats off to television. There is no subject matter that you cannot do on TV provided you do it well and you make it for family viewing. Television is a great conversation point because people still in many homes at least share one television.

They watch those shows, they discuss it and it is amazing how conversations start and changes can be made.

We try to write characters who are inspirational. Diya aur Baati’s Sandhya was very inspirational.  I remember reading a story in which I came to know that after the show came on-air, there was actually an increase of women in the Police Force because the character was so inspirational. Television has great reaching power.

So basically would there be anything that you really want to change in terms of how content is written on TV ?

Look I feel, we always try on television, but every medium comes with a trough. I have to understand while writing that this is family medium and also there are a certain things I can’t show on television because of guidelines.

I am bound by certain guidelines and so there are certain topics which I might not be able to show the way I want completely but I can definitely test the waters.

Television is going a little more deeper in interior cities so urban topics don’t find too many viewers. That is a paradigm shift that needs to happen, because our ratings are more interior driven. I feel if that thing can be sorted out then more social stories can be told.

So since TRP meters are more in rural areas, that’s the reason why these topics work more because people relate to them?

Rural topics work more and the fact that bahu as a fixer works more. Because that is what happens. In fact I always ask why do we show that women are only going to solve problems when they get married? It’s because it happens with everyone.

It happens in society, once a girl gets married she leaves her home, she takes her husband’s surname, she comes and lives in her in laws’ house and that family becomes her family, their friends become her friends, she forgets her own life.

Television is speaking to the women, to the housewives and I hate it when people say ‘ohh it is TRP aunties’. I hate that word. At the end of the day they are the audience who watch everything, who take things seriously and they are the ones who are our audience. And trust me being a homemaker in this country is a thankless job.

If they like to see  certain things, you have to give what the audience wants to watch. We can try and do different things and we keep on trying. For example, in Ishqbaaaz, the protagonist is a male in the show and we try and make him do things.

Infact in Ishqbaaz also we had many people mocking Shivaay a while ago, calling him ‘bahu’.

I only had said that first because the way the show is written, the gaze is absolutely Shivaay driven and the story is of Shivaay and his family and his wife. Shivaay is the protagonist.

And Shivaay as the protagonist is going to be the fixer, so that’s why he is the bahu. People don’t understand. They mock the word ‘bahu’ because they are putting gender stereotype to it.

The fact of the matter is that the way this show is written, it is the bahu gaze. But that doesn’t mean he is going to wear a saree and do things. He is a fixer, he is handling all the relationships and woh saari family ko saath leke chalta hai. Just because woh aadmi hai to aap usko reject kar rahe hai……..contd.