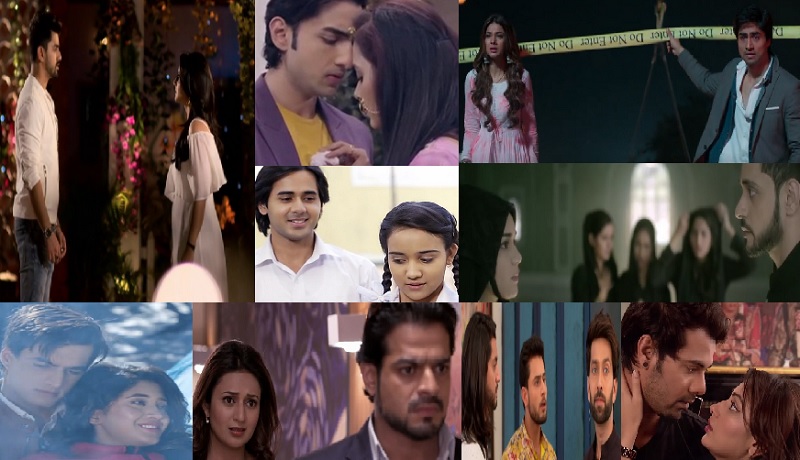 Daily soaps on Indian television often come up with interesting twists and turns to keep the viewers at the edge of their seats!

In the following episodes, these 11 shows are going to come up with some great turns in the story and we suggest you not to miss them.

Star Plus’ Naamkarann is going to come up with the most awaited sequence in the story post the leap of 10 years.

Till now viewers have seen Sayesha leaving Sukoon House and follow the film crew at Mahabaleshwar. However, as Avni fears the return of Dayawanti Mehta, she will assume about Sayesha getting kidnapped.

But in real, while loitering around the highway forest, KK and Sayesha both will get kidnapped by dacoits.

Avni will follow Sayesha’s trail and will land up in the forest. Neil too will follow her to help and both will end up in a deserted bungalow.

In the dark at night, Avni will attack him presuming him to be the kidnapper. After a good dose of punches and kicks, finally Neill will see Avni’s face under the light of the torch and will be shocked to find her alive.

Later, Avni will reveal every recent happening to him and both will decide to find Sayesha.

Neil will take Avni to a hotel in the morning and will decide to hide her as to the outer world, Avni is already dead and the revelation of her being alive may simply bring Vidyut out of jail.

Meanwhile, in an unexpected twist, Mitali, who is aware of Avni being still alive arrives at the hotel and proposes Neil, while Avni remains hidden inside the bathroom of the same room.

However, the twist in the tale is that, Avni has already told Neil that Mitali knows about her being alive before.

Now what will Neil do? And above all how will Mitali justify her actions post this?

Post this drama, viewers will also get to see the old form of Avni coming back and resurfacing slowly.