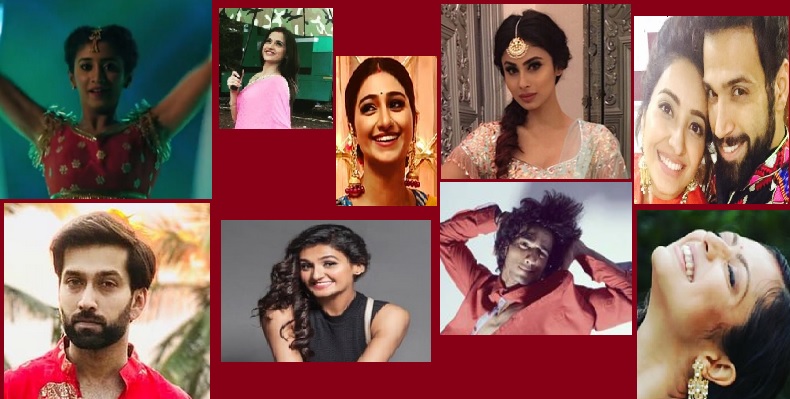 It’s the International Dance Day. And herein we have 10 dancers from television who are multi-talented. They are great actors and at the same time, great dancers as well.

The list essentially includes names who are both actors and great dancers in no particular order.

Shivangi Joshi – We see her as Naira in Yeh Rishta Kya Kehlata Hai. Apart from the fact that her character is a trained professional dancer in the show, Shivangi in real is also a talented dancer. It’s a treat to watch her performing on screen as Naira and also in the various award shows on TV. Shivangi Joshi as per reports, is a trained Kathak dancer in real.

Mohena Kumari – Mohena Kumari is again another actress in Yeh Rishta Kya Kehlata Hai. Playing the role of Kirti, she is also seen performing on various songs in the show. May may not know that she was one of the contestants of the much acclaimed dance show, Dance India Dance.

Also Read : Have A Look At The Awesome Bhangra Dance By Shaheer Sheikh And Shraddha Arya!

Nakuul Mehta – Your eyes will be pleased while watching this man dance on screen. Trained from Shiamak Davar, Nakuul Mehta is seen doing difficult aerial shows in various stage shows on TV. Furthermore, if you have watched him dance on Ishqbaaaz, no way you can refrain yourself from being a fan. He enjoys his dance to the fullest and that shows on his face while dancing.

Mouni Roy – She is the queen of the stage when she dances. Especially if it’s a classical dance, Mouni Roy win your heart with her performance. Known as the original Naagin of TV, Mouni is still seen on various events and award shows on TV. Everytime she is on stage, you can be assured of a gripping classical performance.

Shantanu Maheshwari – He will awe you with his break dance. He participates in worldwide events and has won several awards for his dance performances. An actor and a dancer, there’s no replacement of Shatanu Maheshwari possible. In 2015, he won the winning trophy at the World of Dance Championship.

Also Read : Watch How Zain Imam And Niti Taylor Danced On The New ‘Dhadak’ Song On The Streets Of Brussels! – VIDEO

Shakti Mohan – Did you see last year’s Star Parivaar Awards? If you did, you must have seen her performance on the show. And if not, then you have missed something phenomenal! Shakti Mohan is an amazing dancer. She donned the hat of an actor too in Channel V’s show Dil Dosti Dance and currently is also a choreographer for Bollywood films. She is surely a multi-talented lady!

Rithvik Dhanjani and Asha Negi – Viewers have seen their capability has dancers in Nach Baliye, wherein the duo had participated together. They got injured, had to adjust with a tough routine and yet they emerged as winners. Both Rithvik Dhanjani and Asha Negi are impeccable dancers. So much so that apart from Nach Baliye they were also seen together in various other daily soaps just for a dance show in the serials. Their energy as dancers is incomparable.

Drashti Dhami – The Madhubala of television showed her dancing skills in Jhalak Dikhla Jaa. She even was the winner of the season and had everyone stunned with her tremendous dancing skills. From traditional to western, Drashti Dhami can carry out any dance form with ease on stage.

Sanjeeda Sheikh – An award show is incomplete without Sanjeeda Sheikh being on stage. The Ek Hasina Thi actress is a known dancer. Everytime she is on stage the viewers are at the edge of their seats. From performing on 90s songs to the current ones, she is a marveling dancer on stage. Have a Sridevi or Madhuri Dixit’s song to be performed live? Sanjeeda Sheikh is the dancer who can pull it off without any difficulty.