Home ENTERTAINMENT FEATURE Ishqbaaz : The Food Delicacies That Have Been An Intriguing Part Of... 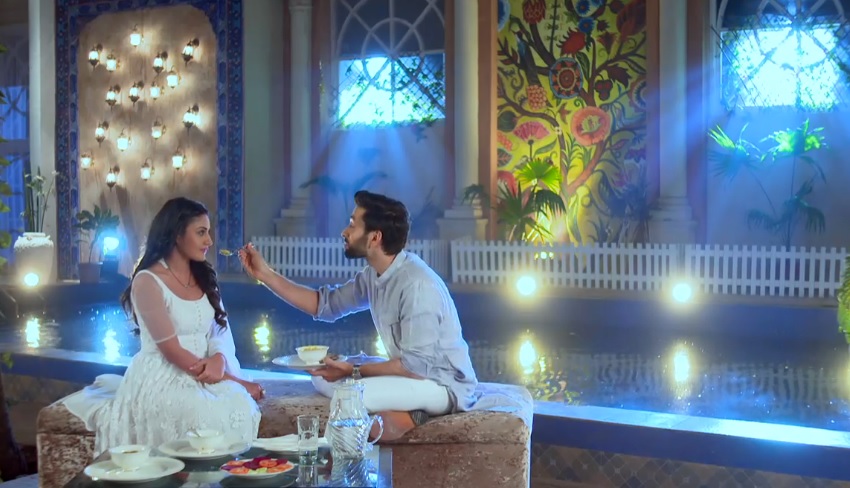 Shivaay and Anika, the love birds from Ishqbaaz have had a flight of their own and they continue to do so even today.

The flight of ShivIka’s ISHQ is flying and soaring high and nothing can really stop such flight.

Food, which is necessary to survive has been a propeller of ShivIka’s love bringing in the much needed change in their story.

Today as a special feature let us see how food has changed the course of Shivaay and Anika’s love stronger making its foothold stronger than ever.

So without further ado, here we take a plunge into the delicious delicacy land thy the name ShivIka.

THE CAKE – The Conveyor Of Their Initial Meet

Shivaay and Anika were from two completely different walks of life, but it was their destiny which took it upon itself to get these two together. First it pitied them against each other, him vs her, his pride vs her self respect and later the destiny brought them together too.

Looking for the perfect baked cake that had found a way into his home, Shivaay travelled to the small lanes of the road he had never taken before. And to Shivaay’s utter shock, he stood at Anika’s doorstep and thus began the ‘Cake Ne Bana Di Jodi’ saga for ShivIka.

With Shivaay’s ego being as high as a mountain and Anika slicing him to pieces, like a piece of finely sliced cake, they clashed. ShivIka locked horns and sparks flew in great amount.

With his overbearing tadi and her fierce way of giving it back, it was the CAKE that set the ball of ShivIka’s love story rolling.

Another instance when the same Cake played its part was when for the first time Anika actually made something for Shivaay to celebrate his success – the yummy chocolate cake.

Anika assumed Shivaay had cracked a huge deal and in celebratory mood, the girl baked cake for Shivaay.

Though the cake led to alternate repercussions but this was first time she made something for him.

Qubool Hai To Return With A Second Season?