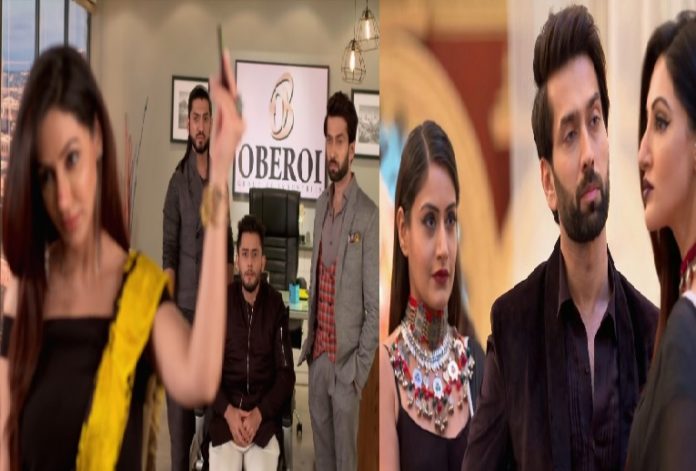 Ok sorry for that lame thing, but yes! Now even the Ishqbaaz viewers can say that they have seen their hero’s office officially! But but but, which boss in the world shoos off his employees working outside his cabin to discuss family affairs inside his cabin before even the bomb saga happened? Until we crack that puzzle, let’s stop the crap here and move to the main article.

With the oh so sexiest, Svetlana back to the grind, the show is nothing short of Bollywood flicks which serves only one purpose – ‘Entertainment, entertainment and entertainment!’

Romance, action, drama, emotion, you say it and you have it right there ..although a little glitches here and there are always there and that makes you go all haywire and the wiring in your mind would be messed up for a while but nonetheless, keeping aside the certain somethings, how about we relive each section of the Ishqbaaz movie tonight here?

Even if she’s a fearless female vamp, you can never lose out on the action she brings in with her. One of its kind, she knows how to turn the tables just like she did today at various instances.

For the starters the action in the beginning of the show must have taken viewers by surprise not because everyone thought Shivaay would really slap Anika, duh! But because the khidkitod Anika springing into action instead was uncalled for.

In Gauri Kumari Sarma’s lingo, Anika really did sataied Svetlana to the ground in a jhaap and the proud smiles on Anika bhabi ke devars’ faces couldn’t be ignored.

Even Rudy boy didn’t refrain from pushing the wrong buttons of Miss. Botox (both literally and ironically), and springed into action only to end up getting the vamp lady even more riled up for some major action ahead.