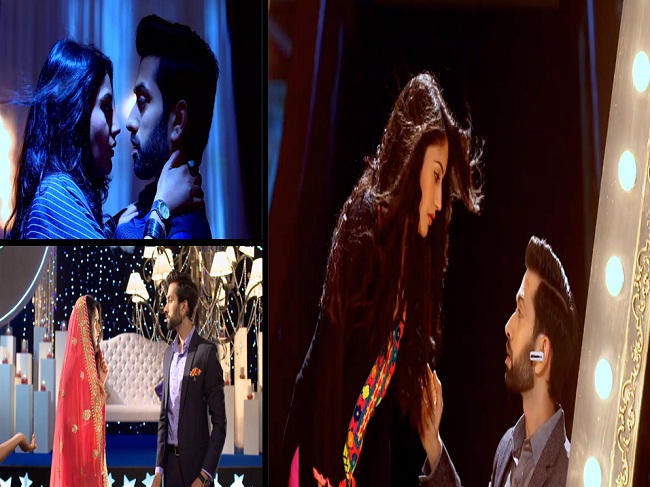 Star Plus’ Ishqbaaz has indeed clicked with the viewers. The show is a fresh representation instead of getting into the same old saas bahu drama, the characters, the plot everything put together happens to click. While every character in the show is different and unique in their own way, one on screen jodi from the show has created a name for themselves.

Yes, we are talking about the characters of Shivaay and Anika, they have managed to create a niche audience for themselves as  individual characters and also as an on screen couple. Actors Nakuul Mehta and Surbhi Chandna are doing a tremendous and commendable job portraying Shivaay and Anika on screen.

Shivaay and Anika, fondly known as ShivIka, this jodi is without a doubt one of the newest sensations in the ‘TV Town’.

Based on the recent developments, it is confirmed that Shivaay and Anika will be tying the knot sooner than later, with all probability within this very month. We are sure with this development the fans of Shivaay and Anika’s jodi might be wondering how, when and under what circumstance their beloved jodi will wed.

We thought why not give our readers 3 hypothetical circumstances under which Shivaay and Anika can tie the knot. What we write may or may not have any resemblance to what happens in the show, the article is just a result of the writer’s thoughts. So here it goes –

1) Circumstance I – WILL ANIKA Take To The Bride Swap Drama For The Sake Of Protecting Shivaay?

Right now the show happens to be in a phase where Shivaay is all set to marry his fiancé Tia and Anika is trying to bring out Tia’s real face in front of Shivaay and is failing each time. So we wonder if at the nick of the time Anika will realize who Tia’s ‘D’ actually is and getting to know this and not being able to prove the facts to Shivaay, will Anika with the intention that Shivaay should not be cheated and betrayed play the swap the bride game keeping Tia locked somewhere and taking her place beside Shivaay Singh Oberoi as his bride in the mandap?

Sounds clinched right? We think so too and we also feel this is so Balaji Telefilmish and we believe Four Lions Films can do better, way much better than this!