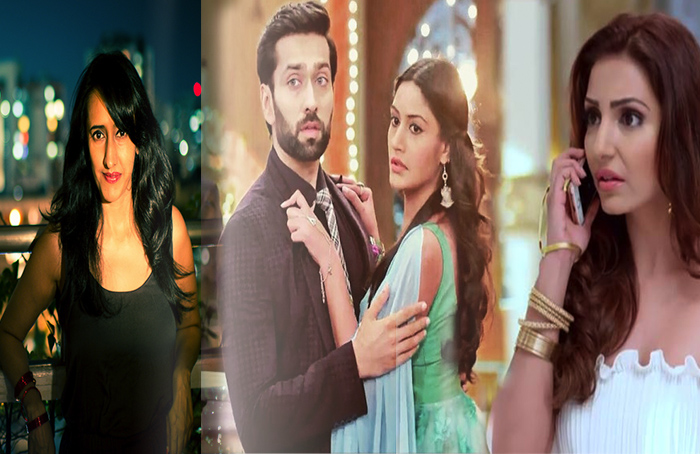 4 Lions and Star Plus’ Ishqbaaz is one of the most talked about show among cyber audience. As much as people adore the three brothers’ bonding in the show, the recent Shivaay And Anika’s (Nakuul Mehta and Surbhi Chandna) chemistry is also loved. Recently, there have been confirmed news about Shivaay and Anika getting married on screen by the end of this month itself and that has created space for huge speculations among the audience about how the wedding would take place.

As per the current track, Shivaay is supposedly getting married to Tia and their wedding preparations are on full swing. Moreover, Daksh, Shivaay’s childhood friend has come to the Oberoi House and has fallen for Anika immediately. He is also seen forcing Shivaay to propose Anika and get a nod from her for the relationship.

As per reports, Tia is not marrying Shivaay with good intentions. Very soon viewers will witness Anika getting to know about Tia already being married and yet hiding the truth from Shivaay. Although, Anika will be seen making desperate attempts to reveal Tia’s true intentions to Shivaay, yet she will fail every time in doing so.

While speculations were doing rounds about whether at the nick of time Shivaay will get to know about Tia’s truth, producer Gul Khan has revealed that Tia’s truth will be a real long track post marriage. Snap shots of Gul Khan’s reply to a certain fan is doing round the internet. Take a look –

Also, as there have been a possibility of bride swapping in the show, Gul Khan commented on how the formula has always worked for the TRP audience. She has took example of the very recent show Kasam Tere Pyar Ki on Colors and mentioned how the bride swap drama in the show worked wonders for it.

However, the producer confirmed there’s not going to be any bride swap-

Well, looks like there’s some humongous unexpected drama awaiting for people in Ishqbaaz. With some good and bitter moments, Shivaay and Anika, even after marriage will still have a long way to go. And about Tia’s revelation, well the Iss Pyaar Ko Kya Naam Doon viewers would remember that even Shyaam’s reality was revealed after a long time post Arnav and Khushi’s marriage. But before that, viewers would also get to watch the evolving equation between Rudra and Soumya in the show.