Home ENTERTAINMENT FEATURE Ishqbaaz – Ishqbaazi Begins Full Blown Between Couples ; What We Are...

Its amazing to see how the “not so important” track are also being handled and given a sensible closure rather than rushed up or nonsensical one. These tracks or character even though not that important but are a part of what shapes up the character sketch of the pivotal ones.

For instance, Riddhima and Om’s equation hit a dead end long time back, they weren’t going anyway. Om definitely liked Ridhima, but of course she wanted more and he just didn’t know what he wanted. The girl gave him all the time and space, but of course later took her call for what was best for them both. We are glad she wasn’t made into some cliche’ “bad girl” and an easy way was taken out to close her track.

Rather it helped us get an insight into Om’s character, his deal with “love” and “relationships” etc.

Similarly, a lot many didn’t really give too much importance to Rudra-Romi track, but it turned out to be quite nice and insightful. We got to know some more about Rudra, him as an individual and actually how there are people like Romi around us and its not something to be taken lightly. A lot many people get affected by such things and are bullied this way into doing nonsensical things. 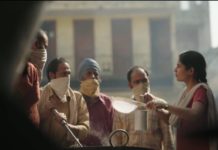 This Facebook Diwali Ad Is Absolutely Beautiful And Heart Touching!