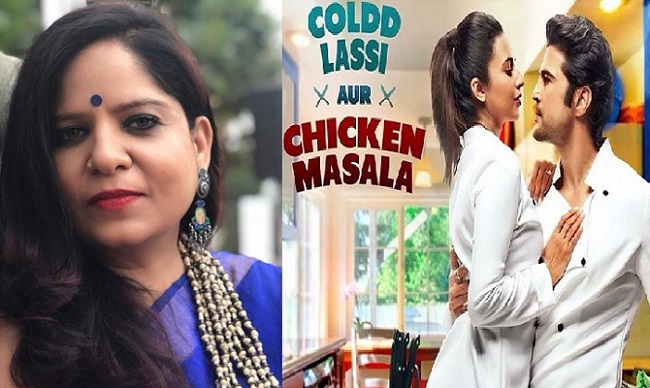 After two successful seasons of ALTBalaji’s Kehne Ko Humsafar Hain, the ace writer Jaya Misra is back with another ALTBalaji series, Coldd Lassi Aur Chicken Masala and it has already created history as it’s trailer garnered over 3.2 million views in just three days.

Apart from the web series, Jaya Misra has also authored, “Kama : The Story of the Kama Sutra.” The novel is a fictionalized biography of Vatsayana. 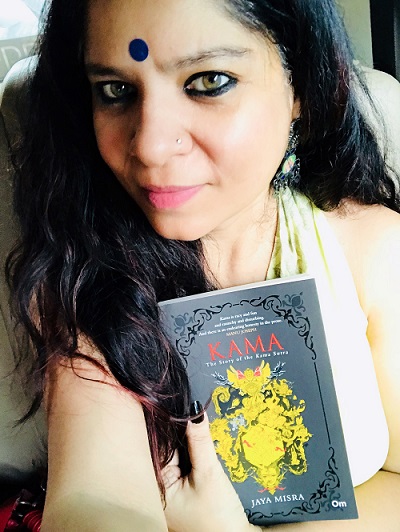 In an exclusive interview with us, Jaya Misra shared some interesting details about Coldd Lassi Aur Chicken Masala, her favorite episode from the series, Divyanka and Rajeev’s chemistry and much more.

Delicious dishes and intense love – How did the combination of both came to you?

Honestly, this concept is entirely Ekta Kapoor’s idea. Once the outline of the story was ready, they called me in to fill it up with screenplay and dialogues. Basically, Ekta wanted to make a love story around people who love food so throughout the whole writing process we were constantly discussing food and love and we were hungry for food all the time. ( Laughs )

How much of an important role food will play in Vikram and Nitya’s love story?

Since Nitya and Vikram are both Chefs in the show so obviously food is a very big connect between them. In fact, Nitya falls for Vikram in the first place because of how spectacularly natural chef he is. Food plays a very integral part in their love story because they bond over their love for food and love for cooking.

A post shared by Divyanka Tripathi Dahiya (@divyankatripathidahiya) on Aug 3, 2019 at 11:19pm PDT

( Laughs ) See, Aao toh welcome, jao toh bheed kam is my life mantra. When I was a kid, I used to have a cousin brother in Kolkata who used to tell me this, I learnt this from him and as writers we always want to add a little bit of ourselves into our characters so I added this one. Also, as a writer you end up talking a lot about what you believe in through your characters. For example, Tanvi, she is a feminist and her dialogues are what I truly believe in.

My favorite dialogue would be a line that Ekta gave and which I love completely. It’s in the trailer as well – “Khana dimaag se nahi, dil se banta hai..” of course there is more to this dialogue which you guys will get to know on 3rd September.

From the trailer, it’s certain that Divyanka has nailed Chef Nitya to the perfection and Rajeev has done an equally brilliant job. How satisfying it is as a writer to see your characters on-screen as it is they were in your mind?

I got to know about Divyanka playing Nitya while I was writing the story and I was really excited about it because I’m actually a very big fan of Ye Hai Mohabbatein. I used to do a show called Manmarziyan and it used to air after Ye Hai Mohabbatein so while waiting for it, I got hooked to Ye Hai Mohabbatein simply because Divyanka was just brilliant in it. So, when I heard that same girl is going to play Nitya, I got very excited. Also, Nitya is from Bhopal and so is Divyanka, all these things got me really excited.

Talking about Rajeev, which girl out there isn’t a fan of him? I remember, we had written about seven episodes and I had to narrate the character to Rajeev, he was reading the script and listening to the narration to decide whether he wants to play this character or not. And, I must have explained just twenty percent of it but this guy took the character to hundred and fifty percent and how! This guy can really emote with just one look and the way he deliver his lines.

Rajeev and Divyanka are both perfectionists. We sat down for narration and these two kept changing the lines as per their comfort level so, it was a very exciting process all in all.

Also I would like to mention, I’m just a writer who came in and just wrote the script but Doris Dey, our Creative Producer is someone who is like the Captain of the entire ship. She was deeply involved in the writing process. She was discussing scenes with me, arguing with me about why a certain character isn’t talking like that or why is this character talking like this? She was there at every moment of penning down this story. If anyone has truly made the show, it’s Doris Dey. Coldd Lassi Aur Chicken Masala is definitely going to be the best love story against the backdrop of food to stream in the recent times because the production quality is just amazing. Doris Dey is the Producer of the show as well and she is the one who narrated the whole story to Pradeep da (Sarkar) and he came on board and she was the one who hired everyone right from the crew to the actors. Doris was keenly watching every scene and she ensured that things on-screen are exactly as they were on paper and let me tell you, what you are going to watch on-screen is ninety eight percent exactly of what I have written and that never happens. I always knew that this is going to be a much loved show, people are going to love watching it and the reviews on the trailer are proving the same.

What’s the USP of CLACM according to you?

It’s a very mature love story. I cannot reveal much but there’s a learning in it that we, as human beings cannot be perfect and there’s always going to be something that happens in life that’s going to remind us that imperfections make the life much deeper than the perfections.

Did the screenplay require you to research on culinary techniques? Are we in for learning new dishes while watching the series?

Yes, absolutely and well, you can always research on what they are making. There was a professional Chef involved to make it look more relatable and actors could always go for a quick question and answer session if they had any confusion. Initially, I wrote it from my research but later me, Doris and the Chef sat down to discuss what dishes could be replaced with what. We wanted authentic dishes so, there’s genuine research that has gone into it which mostly Doris has done.

From the promo, it seems the story has two parts. A past and a present. As per you, which part is going to be more engrossing for the audiences and why?

I would say, both. Past is going to tell how Nitya and Vikram were and why they changed three sixty degrees and become what they are in the present. It’s going to be interesting to watch both the parts and it’s like, people will get to see two love stories at the same time.

3 reasons according to you why viewers should tune into Zee5 or ALTBalaji to watch the show?

Okay, so first reason would be, there’s a lack of true, intense love story on the web these days. Coldd Lassi Aur Chicken Masala is going to fulfill the craving of absolutely true, deep, intense love!

Second would be, there’s not only Nitya and Vikram’s love story in the show. There are other characters as well who share a beautiful bond which is very current and old school at the same time.

Third reason is, Divyanka and Rajeev’s sizzling chemistry. Who doesn’t want to watch them setting the screen on fire? Binge watch it at night and forget all the stress of the day as it’s a funny, romantic love story. ( Laughs ). Also ALTBalaji has a plethora of 42 multi genre originals. So while you login to stream CLACM, you also get the option to binge watch 42 more absolutely incredible originals.

Rajeev Khandelwal and Divyanka Tripathi are great actors. Their chemistry in the trailer is a major attraction. When you watched them together as Chef Vikram and Chef Nitya, what was the first thought?

Actually, before the trailer, when I watched them across the room bantering with each other, Rajeev was pulling her leg and Divyanka was giving it back in her own way. There’s a nice camaraderie and a very healthy respect between them. I told Doris at that time only, if this is the kind of chemistry they share off-screen, they surely are gonna set the screen on fire.

Rajeev is always pulling her leg and he has a wicked sense of humour and, Divyanka is such a sweet girl, I remember, I was hungry and she immediately came to the rescue with her stock of dry fruits from her purse. Such gestures stay with you forever.

Was there any part in the story that appeared particularly difficult or exceptionally interesting to you while writing?

I will just say, episode number five is my favourite episode, watch out for that one. From all the episodes, Doris and I loved writing that a lot more than the other episodes.

Is the only season of Coldd Lassi Aur Chicken Masala or we have a second season too?

( Laughs ) That I cannot reveal, let’s watch season 1 for now.

All I would like to say is, thank you for always showing love and appreciation towards my work. It really means a lot and please keep that love coming. Hope you guys enjoy Coldd Lassi Aur Chicken Masala as much as I enjoyed writing it.