Jhalak Dikhhla Jaa Season 8, or we should say Jhalak Reloaded is on a roll. The contestants are lighting the stage on fire every week with their outstanding performances. This year, the glamour quotient has gone a notch higher owing to the entry of one of Bollywood’s greatest actors & dancer Shahid Kapoor.

Jhalak has been in news lately as one of everyone’s favourite judges had to quit the show due to other commitments. We are talking about Karan Johar, he won’t be seen from this weekend onward. The gorgeous lady, Malaika Arora Khan has been roped in to take his place and be a part of this show.

1. Sanaya Irani
This gorgeous diva from out television industry, is by far one of the most popular contestants of this season. She hasn’t been in the bottom 3 even once and that speaks volumes about her fan following.

Apart from that, she has considerably improved over the weeks and is now on a journey of becoming a dancer from a non-dancing background. She has come out of her comfort zone to get full marks while fully entertaining the audience.

This week also she didn’t fail to surprise everyone. In fact, her upcoming aerial act was so mesmerising that she along with her choreographer partner Jai Kumar Nair won the immunity ball this weekend. She looks a doll in the costume that she is adorning. Don’t miss her performance this weekend! 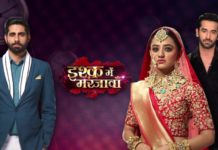