Hello guys. I’m back again with this weeks review of Jhalak Season 6. For those who missed out, this season is a big bag of surprises. Guest star, actress Sunny Leone graced the show, arriving in style to the tunes of Laila Main Laila while the judges shocked both the audiences and contestants with a surprise entry of their twelfth and final contestant, ace cricketer Srikanth. This weeks challenge was wheels. Following the surprises was this weeks eliminations where the bottom three contestants were: Ekta Kaul, Meghna Malik and Suresh Menon. Suresh Menon was the first to get eliminated.

This weeks challenge, as presented by the judges, was to dance using a wheel. The contestants took the concept and used it brilliantly. The performances kick started with singer Shaan’s dhamakedar performance toÂ  “Dil Kyun” from Kites which earned him accolades from both judges and the crowd. Aarti Chabria followed in a soft melodious performance, coming in a close second with 9 points each. Drashti’s performance was one not to miss. She enacted a story in her performance of a girl who has an obsessed lover and how he abuses her. At the end of the performance, she breaks away from the crazed lover. It was a powerful and moving performance that definitely made Madhuri emotional.

Day 2 began with not one but two astounding performances. The chota packets of season 6 earned themselves a perfect score.Birthday girl Lauren Gottleib’s performance was also amazing. Punit and Lauren took the concept literally and made themselves into the wheels. It was not an easy feat considering they could have messed up many times, but they performed without any mistakes! Karanvir Bohra performance was also one to watch. He also enacted a story about a man and woman who meet at the airport and end up falling in love. It was romantic and sweet. After his performance, he even got a chance to dance with Madhuri. The lowest scorer of the week was Siddharth Shukla with 20 points.

Here are the scores for this week:

Zain Imam And Aditi Rathore’s Naamkarann To Air In Georgia 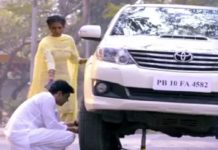 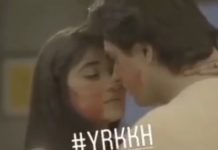 Yeh Rishta Kya Kehlata Hai : Kartik And Naira’s Ritual Of Hot Holi Romance Will Have You Burning And How!

Erica Fernandes’ New Portrait With Her Furry Friend Is Too Cute...