Parth Samthaan and Niti Taylor’s joint ventures on screen have always been a treat for the fans to watch. The Jodi went on to entertain the viewers for three consecutive seasons of Kaisi Yeh Yaariaan.

While the first two seasons garnered immense popularity on screen, the third season was aired on Voot and needless to say it was another hit added to their kitty! The duo’s chemistry has always been the talk of the Town, and it’s hard to resist the magic MaNan created, leading to a massive army of fans on social media.

Manik and Nandini’s captivating enigma and their evergreen moments amidst the stars and fireflies have always been fan’s favorite. Besides the onscreen repo, the duo has a cordial and pretty lovely friendship, and it’s not daily that the fans get to witness the two interacting with each other on social media.

Niti Taylor congratulated Parth Samthaan who shared the joyful news of owning a brand new own sweet home. The little conversation of theirs was nothing less than a wave of nostalgia and rejoiced for their fans.

Watch out for their exchange of words on Instagram here –

Parth Samthaan is seen airing on Star Plus’ Kasautii Zindagii Kay, season 2 and Niti Taylor was last seen as Mannat Khurana on Star Plus’ Dhinchak Ishqbaaz. 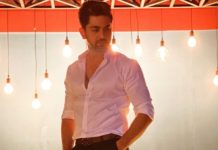 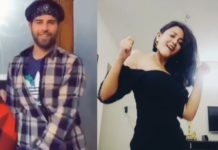 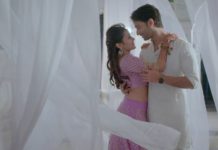