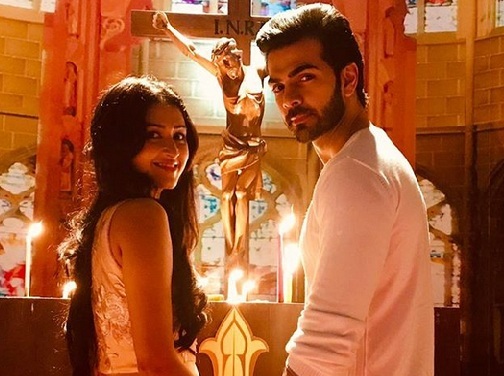 Star Plus’ Kahaan Hum Kahaan Tum has become the most favourite show for audiences out there due to iuts less dramatic and close to reality type of storytelling. Actors Dipika Kakar and Karan V Grover are amazing in the skin of their characters of actress Sonakshi Rastogi and Dr. Rohit Sippy. Created by Sandip Sikcand, Kahaan Hum Kahaan Tum since day 1 is like a breath of fresh air on Indian television.

In the show, viewers have seen Dr. Rohit Sippy as a wounded soul in love. His first love Raima is in coma and somehow he is responsible for her condition. Apparently, he tries hard to contact Raima, however, he is never allowed or permitted to meet Raima.

Meanwhile, viewers have witnessed how due to recent events, Rohit has gone a little bit too close to Sonakshi. He has developed a soft corner for her to the extent that he can fight for her with his own father and even instruct her mother to practice tolerating him as he is going nowhere leaving Sonakshi. Now, that’s quite a change in Rohit, isn’t it?
The fans would be happy to witness the beautiful scenes between Rohit and Sonakshi these days, however, a new twist will soon create a complicated triangle and Rohit will be seen torn between his past and present.

Rohit’s previous love, Raima, will soon be entering the frame of the story and this obviously will complicate Rohit and Sonakshi’s love story.

Actress Farnaz Shetty has been roped in to play the character of Raima and she has also shared her new look from the show.

With such interesting turn of events, we are sure Rohit and Sonakshi’s equation will spice up more now. Get ready to witness a literally emotional coaster ride in Kahaan Hum Kahaan Tum now.