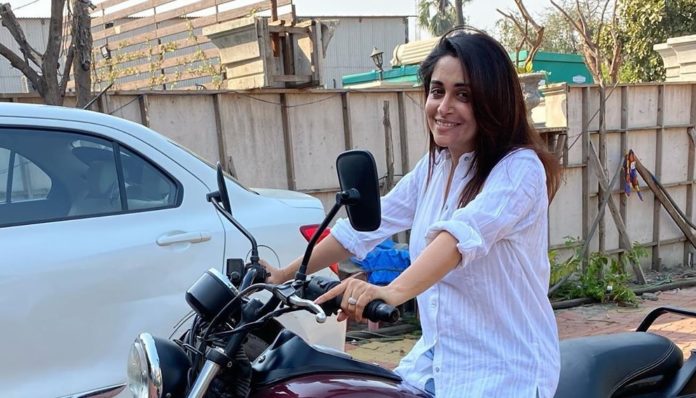 Dipika Kakar who is currently playing the role of Sonakshi in Star Plus’ popular Kahaan Hum Kahaan Tum is applauded for her performance and the show is also gaining immense love by the viewers.

The actress completely defines simple and elegant girl. She enjoys little joys of life and believes that life resides in these small smiles and fun.

Recently the actress shared some pictures from between the shots on her Instagram handle.

Lets go for a ride 🏍 😜 P.S : dont worry about the bruise on the face its just makeup 😜😜😜 this pic is between shot free time me

The actress is having fun in her free time in between the shots, getting clicked on a cool bike and making some uber poses.

The actress also wrote in caption that the bruise on her face is because of makeup so it is somewhat a clue that something tragic is upcoming in the show.