The prestigious and popular awards night ‘Kalakar Awards 2019’ was held in Kolkata at the Science City auditorium the previous night.

Filled with glitz and glamour the 27th Kalakar awards night turned out to be starry rocking event.

Indian television celebrities have won big at the Kalakar Awards. The celebs have not just ruled the viewer’s hearts but the talented ‘KALAKARS’ have ruled Kalakar Awards 2019.

From Nakuul Mehta, to Erica Fernandes, to Shivangi Joshi, to Ashi Singh these super talented stars have won big at the 2019 Kalakar Awards.

Thankyou @kalakarawards for this . Bringing back with me the award for “ The Most Popular Actress “ for Kasautii Zindagii Kay as Prerna 😇🙏🏼… 💃🏻 #kasautiizindagiikay #prernasharma #ejf #kolkata

Kalakar Awards 2019 – The Most Popular Actress

The pretty and gorgeous Erica Fernandes grabbed the ‘Most Popular Actress’ at the awards event. The actress won the award for Kasautii Zindagii Kay as Prerna. Essaying Prerna her popularity is scaling newer heights.

Kasautii Zindagii Kay, airing on Star Plus grabbed the award for the ‘Best Serial. A retake and revisit to the old Kasauti Zindagi Kay in the modern times, the daily soap is working wonders.

#instagramm #google #gratitudes…..THANK U KOLKATA FOR UR LOVE FOR KZK2

Ssanjay S Swaraaj, won the ‘Best Actor In Negative Role’. For his character of Navin in Kasautii Zindagii Kay the actor received the award.

Nakuul Mehta, the kanji aankh Greek God of Indian television was bestowed with ‘Best Actor’ television at the Kalakar Awards. Winning it for Ishqbaaaz his award winning spree has begun with a bang in 2019.

Thank you for your generous love, Kolkata! ❤️ pic.twitter.com/ybwFATvx9g

Be it as Shivaay or Shivaansh, the wise and witty actor has made viewers fall for him, hook, line and sinker.

Shivangi Joshi, the beautiful and lovely actress took home with her the trophy for the Best Actress at Kalakar Awards 2019. She won the honour for being Naira in Yeh Rishta Kya Kehlata Hai.

Being Naira ‘The Sherni’ Shivangi Joshi’s popularity is literally roaring.

Ashi Singh, is for sure one of the most promising and upcoming artist of Indian television. The cute young star won the Best Debut Actress for Yeh Un Dinon Ki Baat Hai. As Naina she has made a place in everybody’s ‘nain’ and the award is proof of it.

Kalakar Awards 2019 – Popular Internet Celebrity And Entertainer Of The Year

Arshi Khan, has gone to win the ‘Popular Internet Celebrity And Entertainer Of The Year’ at the 27th Kalakar Awards. Arshi Khan is often outspoken with her opinions on the social networking platforms. 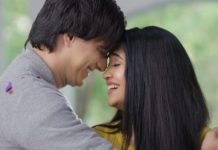 Yeh Rishta Kya Kehlata Hai : #KairaAreLove Trend Is What Defines Fans’ Immense Love For Mohsin Khan And Shivangi Joshi As They Gear Up... 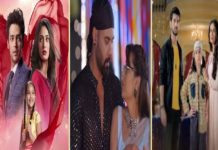 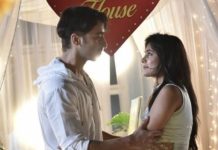