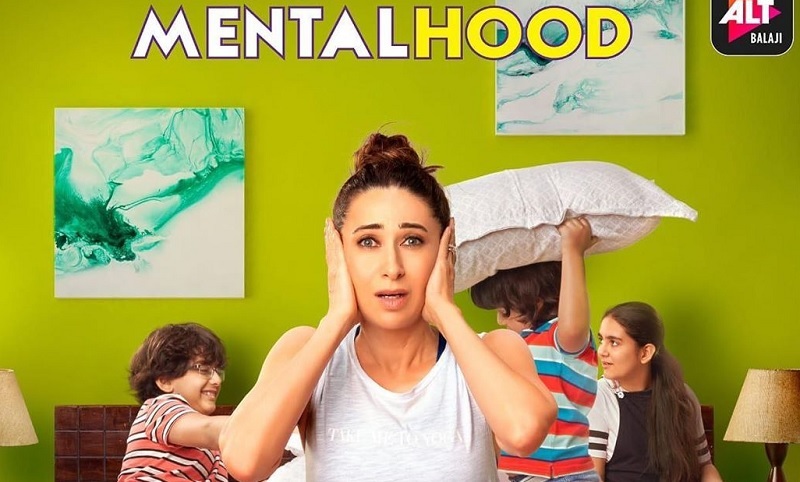 The web world is flooding with digital content taking over the market and television’s ace producer Ekta Kapoor too has landed into the web space, blessing the audiences with some mind boggling shows.

The latest one on the charts, which is soon to start streaming is the very intriguing ‘Mentalhood’ and guess who’s making a debut in the digital world with this venture?

None other than the mesmerizing Karishma Kapoor is stepping into the web industry with AltBalaji‘s next.

The series which is soon to start streaming features Karishma Kapoor as one of the leads in the role of Meira Sharma, along with other ace actresses like Shruti Seth, Sandya Mridul, Tillotama Shome along with actor Dino Morea.

For the fans of the actress, it’s surely going to be one different ride and experience and what else can make it more interesting than this!

Check out the posters below and let us know which of the mom’s in the series is your favourite yet?

Meet our Mental Mom @therealkarismakapoor as Meira Sharma. A small town mom trying to navigate through this jungle of Mumbai momzillas. She is you, she is me and she is every mom out there. A tired, stressed out, worrying, caring… mental mom! #Mentalhood streaming soon on ALTBalaji. . . #ALTBalajiOriginal @ektaravikapoor @shobha9168 @filmfarmindia @bhavnarawail @karishmakohli @ritz2101

Meet our Mental Mom @therealkarismakapoor as Meira Sharma. A small town mom, she knows parenting is all about the right balance & her muddled thoughts are put to a blog. A tired, stressed out, worrying, caring… mental mom! #Mentalhood streaming soon on ALTBalaji. . . #ALTBalajiOriginal @shobha9168 @filmfarmindia @bhavnarawail @karishmakohli @ritz2101