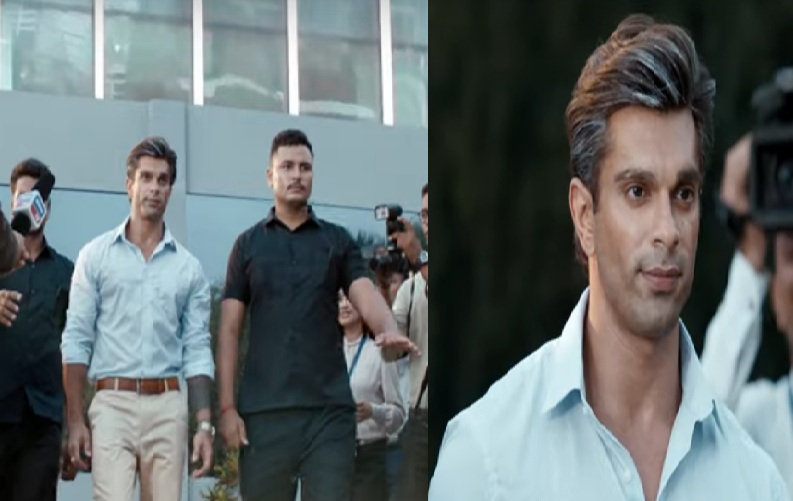 Star Plus has finally launched the most awaited promo of Kasautii Zindagii Kay with Mr. Bajaj being at the focus of the storyline.

No more speculations, no more gossips, no more talks by the birdies – Watch Karan Singh Grover making the most royal entry in the show.

The promo shows Mr. Bajaj inaugurating the logo of his new company in a daredevil manner. In the broad view of the media, he jumps from the terrace of a high rise building with a rope to reveal the logo in front of the media.

The journalists who are already impressed with his stunt ask him whether he ever feels scared. He promptly replies ‘Jo darr ke saamne nahi jhukte, duniya unke saamne jhukti hai’.

The lines that are used to describe Bajaj are intriguing. He is always ‘naa mumkin se ek kadam aage’ and a man who sets his targets himself.

Karan Singh Grover as Mr. Bajaj is looking dashing and daring. He is sure to gain a lot of your attention with his persona in this 30 seconds teaser.

The promo shows Bajaj’s personality as an invincible one. This surely is going to spice up the drama in the coming episodes. We can surely say that he is back on TV with a bang!

We are excited. Are you?