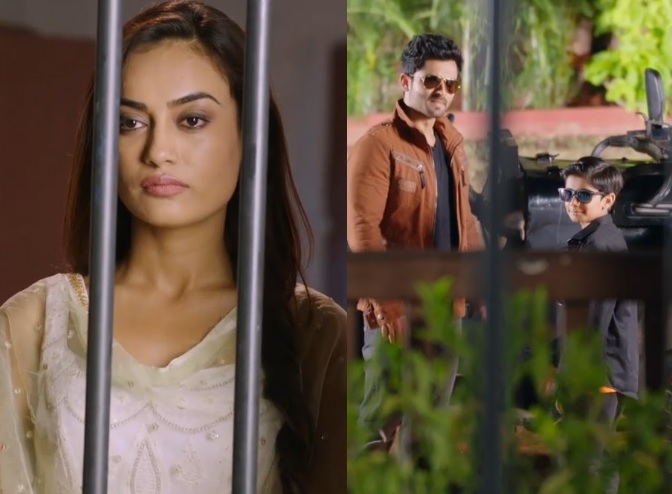 Star Plus’ Koi Laut Ke Aaya Hai has probably thrown the biggest googly to its viewers in the last episode. The recent Sunday night’s episode was nothing less than a shocker!

A game played within a game – That’s how Koi Laut Ke Aaya Hai has been. If you thought, that Abhimanyu (Shoaib Ibrahim) had been a victim all this while and your sympathy rested with him, then probably it’s time to change your opinion.

Looks like, since all these 6 years, Abhimanyu wasn’t played a game with but he played along. And now, Gitanjali (Surbhi Jyoti) too will be playing along with him.

In the last recent episode of the show, viewers are shown that Priyam, the 6 years old who claimed himself as the re-incarnated form of Abhimanyu was all the while trained to do so by Abhimanyu only. What’s more shocking is that, he is Abhimanyu’s adopted child!

He was indeed instructed and tutored by Abhimanyu all this while to play with Gitanjali’s head and before Priyam’s truth got revealed, he played his last card as well. By giving a wrong medicine to Gitanjali, she is made to act violently and sent to the mental hospital. But the twist in the tale is that, just after Gitanjali’s departure, her brother comes to know of the entire drama staged by Abhimanyu.

But this was not enough! The most shocking moment in the entire episode would be the one when Gitanjali sitting inside the mental asylum hears Priyam whistling away the song of ‘Lag Jaa Gale’ at her room’s window. The scene simply puts you in anticipation thinking, now what’s next?

Priyam hands over a drawing to Gitanjali which indeed tells her how landing her up there was always a game plan. Abhimanyu and Priyam later meeting outside the asylum and Abhimanyu’s ‘Well Done, Champ!’, would simply give you a 440 volt shock!

But the end of the episode took away the cake! As Gitanjali stared blankly at the duo, her determination showed in the dialogues she uttered. The monologue by Surbhi Jyoti would simply give you goosebumps. It went on saying –

So now the game of life and death will begin! And as the revenge drama begins in the show, all we would say is, Gitanjali for sure will give it back to Abhimanyu equally and the viewers can be ready to witness some major revelations and surprises in the show!