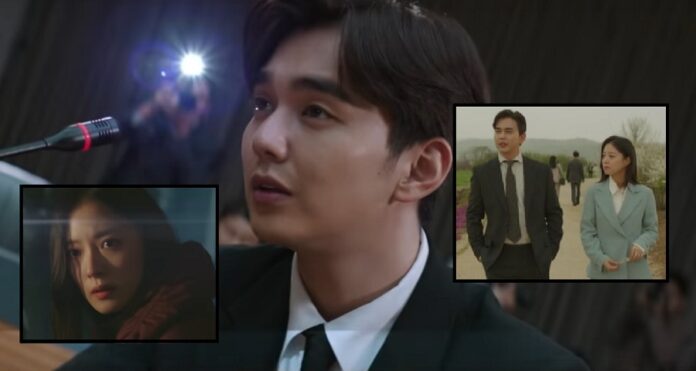 The 2020 show that currently can be watched on Rakuten Viki for free, is an edge of the seat suspense thriller that will keep you hooked until the end. Probably, it is one of the easiest shows to binge watch as it will not let you sleep until you uncover the truth with the protagonists. The serial murders that are tracked in the present times will take you to a past that is 20 years old. The twists are unpredictable and full of surprises.

If you are a fan of actor Yoo Seung Ho, then this character of his in Memorist, as Detective Don Baek, will blow your mind. It was a first of a kind character of him to play on screen and the actor did a fine work at that.

A Man With An Extra-Ordinary Ability

Meet Detective Dong Baek. He has an extra ordinary talent. He can touch people and read their minds. This ability helps him read the minds of the criminals and put them behind the bar.

His ability has left the world scientists flabbergasted. But they can’t challenge his claim. Dong Baek has several fans among general public. But he has less takers in his workplace. People are so wary of his touch that he hardly gets anyone to shake hands with him fearing their dirty secrets will be revealed. You indeed need a clean mind and courage to shake hands with Detective Dong Baek.

You missed a criminal. Let’s say he took advantage of a crowdy place and hid among people amidst a chase. Such things happen and it’s quite impossible for officers to pick out the right man out of the thousands of people in the busy streets. But Detective Dong Baek has his way of doing things. He does random scan of people passing by scanning through their memories to spot the culprit. It’s hard to escape his touch. He knows it’s illegal, but he doesn’t really do things always legally.

Reckless With A Temper

Detective Dong Baek has another talent. That’s his innate hatred for criminals, especially brutal murderers. He is not to be challenged, especially by a criminal. He cares the least about consequences and if threatened he goes to do exactly what he is threatened to not do.

Doesn’t Care About The Law

Law is to protect the victims. But at times, we all know, law is bend in a way to protect criminals. Such things give a headache to Dong Baek. He has quite a temper and if you dare to tamper with his temper, he loses it. He alone can take over 20 people and get to what he wants. It can be the Police Chief or a senior Prosecutor or even the next Presidential candidate of the country – He won’t care who you are as long as he has read your memories that proves your crimes to him.

A Man With A Golden and Emotional Mind

If you thought Detective Dong Baek is only a tough man, you are wrong. In real, he is quite an emotional and vulnerable man. He cries reading his fan letters and he feels immense and intolerable pain while reading a victim’s agonizing memories. The gut wrenching experiences that he gets to read takes a toll on his brain and mind as well, but he bears it all without saying it aloud. He is a man with a wonderous ability and that makes him different from others. However, he is still just like any of us who can cry or laugh and even love.

Also read – Ji Chang Wook : 5 Reasons Why Korean Drama Healer Is A Must Watch For You!

Lee Se Young’s character Han Sun Mi is in complete contrast to what Detective Dong Baek is. And probably that’s why they came up to be such a good team while solving the case. She is comparatively cool, calm, calculative and obviously a genius profiler. Both Dong Baek and Sun Mi has an entangled past that they will uncover as the story progresses. There are times in the show where the two with their abilities will complement each other like no other.

If you are sincerely looking for a crime thriller to watch, Memorist is surely a must watch. We highly recommend this show to you. It is quite an under-rated show that deserves more attention.