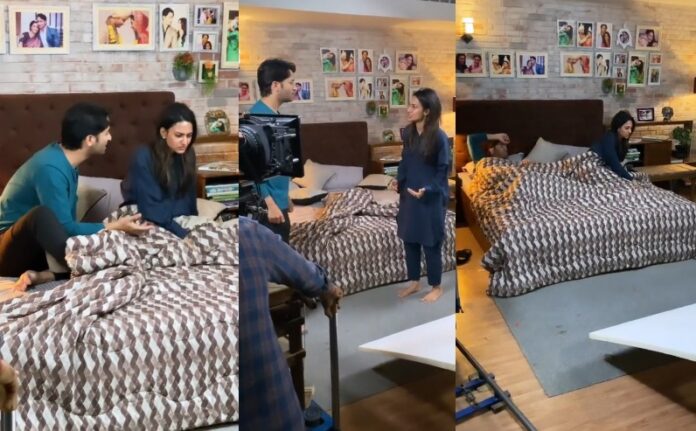 Kuch Rang Pyar Ke Aise Bhi has been the favorite show of the Indian television viewers back in 2017-18. The show aired its season 1 and 2 at the time and was loved by the viewers. In fact, the season 2 of the show was launched due to popular demand.

Now the Kuch Rang Pyar Ke Aise Bhi 3 is here and the show is receiving positive response from the viewers as well as Shaheer Sheikh and Erica Fernandes’ fans. The two actors are loved as Devakshi and their return on screen is nothing less than a reason to celebrate for their fans.

Erica Fernandes, playing the character of Sonakshi in the show, recently shared some BTS moments from the sets of Kuch Rang Pyar Ke Aise Bhi 3 on her Instagram account. The BTS moment show Dev and Sonakshi discussing about some important matter inside their bedroom.

Erica captioned the video saying, “This is how we make what you see”. Surely, she wanted to share with fans how the shoot happens and how it looks on the monitor.