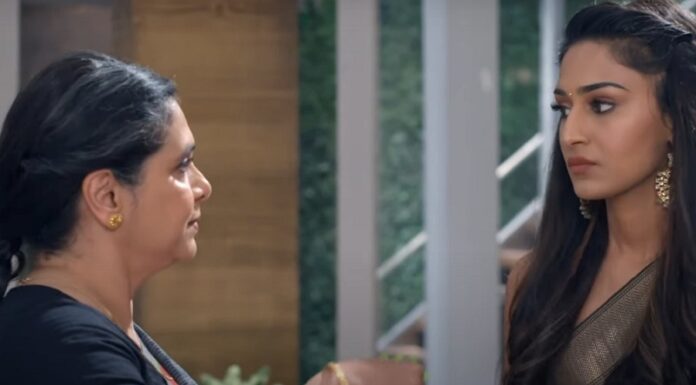 Patience is virtue. Time is the best healer.

We learn and read these phrases multi million times. But hardly we are flexible enough to apply them in our life situations.

In general, human beings are impatient. When we want change and we want it to happen immediately. And when we don’t want change, we are too resistant towards it. Result? We end up taking hasty decisions. We do not care about ‘time’. However, it is ‘time’ that makes or breaks any result that is a fruit of change.

Kuch Rang Pyar Ke Aise Bhi 3 is particularly showing us human reactions to unpredictable changes or events in life. Especially how impatience can create chaos in your life when it comes to complicated scenarios with regards to relationships.

Let’s take Ishwari for example. She has a problem in balancing relationships. This trait she has passed on to her son as well. However, just like she could never make her daughters feel that they and Dev are equal to her eyes, she is now ending up making Suhaana feel the same way. It’s not intentional. She is not someone who differentiates intentionally between children, but it’s her innate nature. She just can’t focus on everyone at the same time.

Her focus right now is Ayush and that focus is becoming too much for the kid to bear. Ishwari doesn’t understand that every kid-parent relationship in the world doesn’t need to be like hers and Dev’s. They were in a very different environment. Their emotional connect and dependency on each other happened in a very different kind of unfortunate situation. Every kid in the world may not be like that.

Hence, she need to come out of the stance ‘Yeh ek dum Dev ki tarah hai’ every time she sees him and say it aloud. Because Ayush doesn’t know how Dev is, how he had been and he will never be able to relate to how he is ‘exactly like Dev’ right away. That kid needs his own time and space to cope up with the sudden new characters in his life. Whether he is exactly like his biological father or mother, that he will start relating to eventually. It can’t happen in a month.

Such words would only pressurize him and he would end up running away like he already did once. Love should give you freedom to choose and not bind you. You try to bind a child with a new environment or a new name forcefully, without his will, without giving him enough time to adapt to the new people and the new surroundings, the result will not be favourable. Every kid in today’s date is not similar to an 8 year old Dev Dixit.

Then comes Dev Dixit. This man has all the good intentions in the world. But again, has problem in balancing. He can’t say ‘don’t do this maa’ even as a father in a straight forward manner to his mother. Dev is again having issues in being Ishwari’s son, Sonakshi’s husband and Ayush and Suhana’s father, all at once.

You need to be diplomatic and decisive to make north and south stay together. That’s how we north Indians end up having dosa or idli willingly and South Indians too have their go at biryani or aloo paratha by choice. No one is forced. Both culture survive in the same country peacefully. But Dev lacks those diplomatic abilities. And why only Dev? Every household that has issues over things like this or any other minute frictions among members, has the same problem. Those households lack an elder or someone with diplomatic  and decisive abilities.

First Dev didn’t consider how Suhana may react to the situation and made hasty decisions without paying heed to Sonakshi’s warning signs. Secondly, even now, although he realises that Ishwari’s push to change Ayush’s name may end up with a catastrophic result, he still calls Sonakshi to inform that the lawyer is ready to change his name.

But what’s Dev’s stand? Simple answer is he would do what everyone would be happy with. That sounds nice. It makes him a great selfless man. But doesn’t solve the problem. In fact, the issue might have been solved easily if he had an independent decisive stand in matters and had the ability to stick to it no matter what. He would not have felt like a grilled sandwich in life then.

Let’s talk about Sonakshi now. You know it’s undeniable that she has gone through a lot in life. Now after years when she finally has everything, with age and time, she seems to have lost patience with Ishwari. It would have been nice if she had more patience with Ishwari as much as she has with Ayush, but then can’t blame her.

Mothers generally can’t be non reactive to such incidents and although she may have ended up saying harsh words, but they were truth. And truth is harsh. And at times, truth needs to be told even if it’s harsh.

And the biggest truth is, however Sonakshi is handling Ayush, it is bringing out positive signs from him. And he is appreciating Sona and is slowly getting close to her. Hence, Sonakshi should be given a chance and Ishwari must not compete with her like who loves Ayush more or who thinks the best for him like she did previously. Remember that game of ‘who loves Dev the most?’

Patience and time are the best two medicines for situations that you have no control of. Kuch Rang Pyar Ke Aise Bhi 3’s current track is just about that.