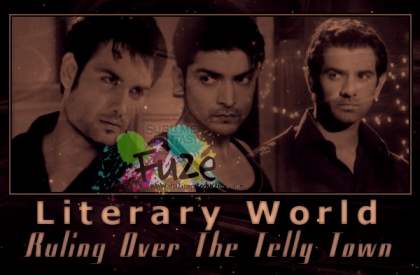 “He was looked at with great admiration for about half the evening, till his manners gave a disgust which turned the tide of his popularity; for he was discovered to be proud, to be above his company, and above being pleased…”

The above quote is taken from the all time enchanting classic novel ‘Pride & Prejudice’ published in 1813 by Jane Austen describing the almost ‘perfect’ character of Mr. Darcy. But somewhere it is to be wondered whether the ardent regular television viewers of India will be able to relate the above description to certain hugely prominent and popular characters dwelling in today’s telly land.

Whether it is the epic Sujal Garewal of Kahiin To Hoga, Pratham Mittal of Kutumb, Maan Singh Khurana of Geet Hui Sabse Parayi, or the several other similar characters who ruled our hearts in the past and have become the most memorable characters of all time. We are still unable to forget them. They bewitch us, often  leading back to the old days to relive the retrospect that we still bear in our minds. All these characters resemble each other in terms of their attitude. They center around their  arrogance, selfdom and pride. But it seems the viewers got helplessly attached to the ‘Bad Boys’ of Television.  And when the Creative visionaries discovered this one feeble side of the viewers, Indian Television started getting flooded with such autocratic characters. This proved out to be the biggest ongoing success formula of the Indian television industry.

In the present scenario the characters like Arnav Singh Raizada of Iss Pyar Ko Kya Naam Doon or Superstar Rishabh Kundra of Madhubala Ek Ishq Ek Junoon have become quite a phenomena among the viewers. Their audacious and egoistic nature has made them the most desirable men of the tinsel town. Traditionally, when such kind of men gets to feel the touch of love, they turn out to be the most romantic characters ever who can turn the world upside down for their lady love!

May be such characters are in new fashion within the Indian Television Industry but the tradition had its birth not from the telly world but from the Classic Literature World. Mr. Darcy created by Jane Austen is still regarded as the dream man of any girl in spite of his rude & arrogant behaviour. Heathcliffe of Wuthering Heights by Emily Bronte is revered as the most desirable man, although his love was ravaging and devastating for everyone including his own love interest Catherine. But still these novels are widely read and these characters are absolutely loved, adored and admired by the readers all across the globe.

Certainly today it clicks the book-worm audiences when they get to see an inspiration of Mr. Darcy in the form of may be ASR of Iss Pyar Ko Kya Naam Doon, who is famous for his glorious temper and indifferent nature or an inspiration of Heathcliffe as Rishabh Kundra Of Madhubala who is equally destructive as per his nature and love. The classic literary romantic novels still rule our heart and also influences the characters that we are watching and living everyday on our television screens. Years & generations passed by, society and thoughts underwent changes, lifestyle and behaviour conversed, ideas and values are no longer the same, but still these literary characters are ideals to us. These literary characters are the epitome & prototype model who are actually shaping and building up today’s perfect lovers, husbands, brothers, of Indian Television.