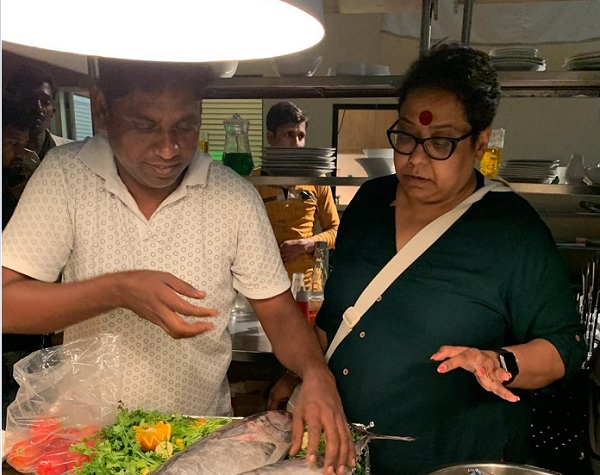 The very sweet and multi-talented Madhu Sarkar whose work we all have appreciated as the Production Designer in the films like, Mardaani, Lafange Parindey, Helicopter Eela is all set to make us go all WOW with her detailings on the digital platform as well. We are going to see her work in ALT Balaji’s upcoming and much talked about web series, Coldd Lassi Aur Chicken Masala.

In an EXCLUSIVE interview with us, she shared about her work, her journey as the Production Designer till now and her experience while working on her first web series.

You have been a production designer for years now. Is there any particular project that you have loved working on. If yes, then what is it and why?

I mostly work on Ads and Bollywood movies, though years ago I did a television show Maahi Way for Yash Raj films. Coldd Lassi Aur Chicken Masala is my first web series and I loved working on it. No matter what the project is, on whichever platform, the detailing remains the same. Also, the script is the king. If the script is not good, then nothing would turn out right. Once we got the script of this web series, I was really excited since I’m a foodie. I do Food Styling along with Production Design, so it was fun working on Coldd Lassi Aur Chicken Masala. It was stressful but enjoyable too. If you ask about the movies, then I absolutely loved working on Mardaani. The story was an all-new world for me and for everybody else for that matter. So, to research it all out – the kind of places the girls would be kept, the kind of house a police officer would live in. It was a tough project, but it was really fun and was appreciated. To be honest, I have enjoyed all the work I have done till date, even the sex comedy that I worked on, Kya Super Cool Hain Hum.

How did your journey as a production designer begin?

It began actually by chance. I was an advertising person and was working in Hindustan Thomson Associates advertising agency, which later became and later to Mudra Communications, Ahmedabad. Then I went to Contract Advertising, Bangalore, from there to Rediffusion DY&R, Delhi. I shifted to Mumbai because I had a chance to direct a movie. That’s when my brother ( Pradeep Sarkar ) asked me to help him out in an advertisement. I did and he really loved my work. So, I started working for him and for others as well. That’s how I became a production designer.

What is the difference between working in a Bollywood film and a web series for the digital platform?

Honestly, I didn’t find any difference at all because I believe, work should be done with passion. If you are into it, if you have said yes to the job, you have to give your two hundred percent to it and finish the job. When you are in it, you enjoy it as well, you go into the detailing of it, you learn new things while researching for your work so it’s a fun experience all in all.

Tell us about the thought procedure or the specifications you had to deal with while designing for Mardaani, Helicopter Eela or Lafange Parindey.

I’m from the advertising world. There, we were given a brief from the agency or a client. For example, we would be told that this bottle of Horlicks has to be sold. Now how you sell it, it’s your job solely. So, we would come with a strategy to do so. First we used to analyse, what’s new about it? If there’s something new about it, we would leverage it and sell the product. If there was nothing new, then we would create a difference with our thinking.

The same way, when we get into a script, we get our brief. For instance, in Mardaani, we knew, the lead character is a police officer. We knew the pay that level of police officer gets per month. So, we broke down her character and we knew what kind of a house she would be staying in, what kind of a bedroom she would have, what appliances should be there. Everything had to be relatable, not fantasy.

In Mardaani we had so many other characters as well. There was this girl called Pyaari, then those abducted girls were taken to very dirty places, so detailing went in that. We went to as many different places as we could to check what kind of a place was needed as per the script. In other words, the better the script is, the better the outcome is. It’s like our homework for every project, we sit down with the writers, directors to break it down and detail it out properly. Also nowadays, a movie’s success is driven by a lot of things. The movies I have done so far, none had an item number. It’s not always that an item number is needed for a movie to work. That’s a different kind of mindset. But if have to design for an item number, I would love it!

I believe in reading the script thoroughly, getting each and everything right into my mind and then get to it until the more-than-satisfied outcome is generated. 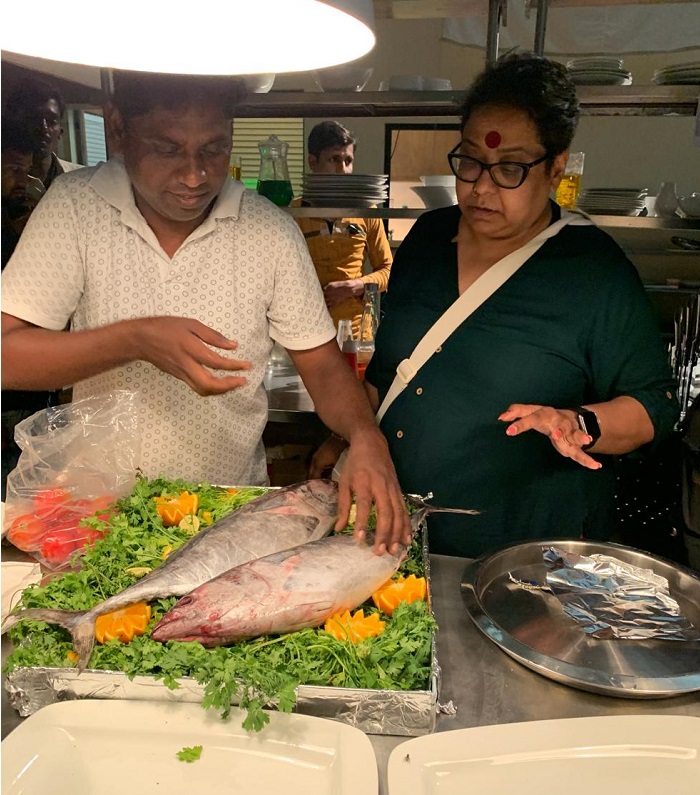 What are the things that you had to take care of while designing for Coldd Lassi Aur Chicken Masala?

I’m an old school professional. I believe, you should exactly know what you are asking for and only then you can ask the people under you to get it for you or you can get it yourself. Coldd Lassi Aur Chicken Masala is set in a very high end restaurant, where the menu does not have prices. Which means the people who patronize the restaurant are not bothered about the price at all – they are elites and can afford whatever the price may be. So, unless you know about the place, you cannot do it. You should know what kind of logo you want, what kind of a knife, what kind of a fork, what kind of a chopping board, what kind of an apron the chef is going to wear, the shoes, what kind of cutlery set, everything, every detail has to be worked upon and it should be all sorted out in your head before you execute it.

How has evolution in technology like digital camera and VFX has effected production designing. Has it made the job easy or complicated?

Now, everything has become very easy. In fact, it would be better to say that it has become easy for us to handle it. In earlier times, we couldn’t see what we are shooting, because there was no video assist and no monitor. We had to trust the cameraman for the lighting, the framing and movement. These days, we can see how something looks like in the shot and we can do the needful right then. We can check if the frame is right or lighting is correct. We can time if the scene is too long and the editor can suggest to cut it short right there and then. So, if you can take on the technologies then it’s easy for you. If you don’t know what to do with it, then it’s complicated. 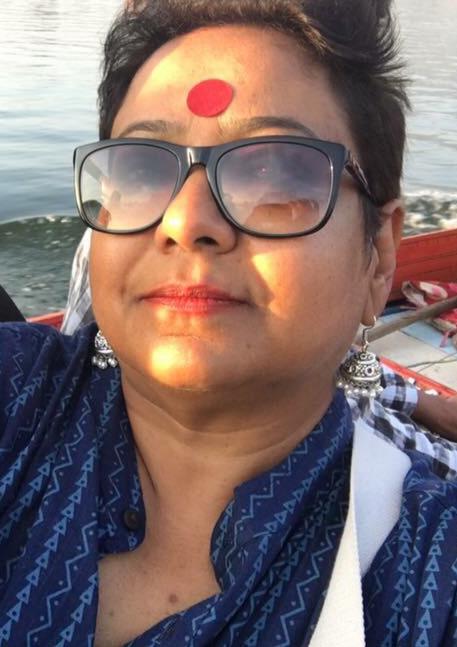 What are your upcoming projects?

I’m not supposed to talk about them. ( Laughs! ) There are lots of them, talks are going on and they are pretty big ones so we shall talk about them at the right time.

What would you like to say about the actors from Coldd Lassi Aur Chicken Masala?

They were a very nice lot to work with. Divyanka is an absolute sweetheart, Rajeev and Priyanshu are absolute gentlemen and the others were very nice as well. There were Srishti, Worshiipp, Madhu and Manini, who were really nice. I’m not supposed to work with them closely as a production designer but because there was a kitchen and food was involved, I was jumping around with the characters.

A post shared by Divyanka Tripathi Dahiya (@divyankatripathidahiya) on Jun 23, 2019 at 3:35am PDT

I would say, no work is below your standard. If you have to do something, you should do it with a smiling face, happily do it and do homework for it as much as you can for the better outcome. You should actually feel bad if the work comes out bad. If your work is not appreciated, you should feel humiliated and you should take that criticism as motivation. Move on, get the job done as perfectly as you can in the next attempt. I have received only appreciation for my work and I have been spoilt with that. But that’s how it has been so far and I hope, it continues to be so!