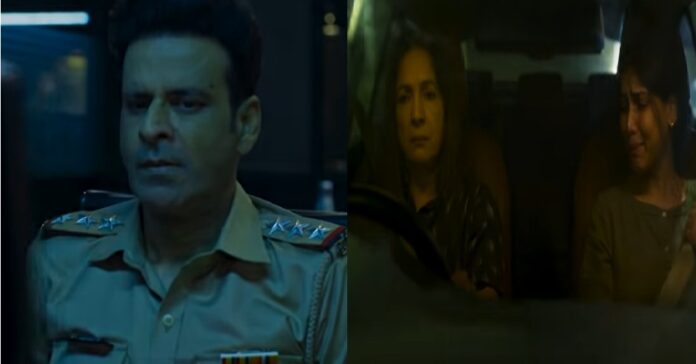 Well, 100 is the Police Emergency Number in India. General public are always encouraged to dial 100 in case of any critical or emergency situation wherein they need protection or urgent assistance from the country’s law and order protectors.

But what if the same number instead of receiving a call from a victim, receives a call from the criminal giving out advance clues and warnings about an upcoming crime? That is almost like challenging the capabilities of the authorities.

Dial 100 on ZEE5 revolves around exactly this plot. Manoj Bajpayee is playing the role of a cop who receives a call from a woman who initially appears to the police as a victim. However, step by step she provides information to the police about the crime she is planning to conduct. While the cop is busy in tracking and decoding her messages, the (Neena Gupta), reaches his house and meets his wife (Sakshi Tanwar) and son. She abducts them and threatens to kill them. Now it is upto the officer to try and save his family. Apparently, for the aged lady this is revenge and she wants justice by making the police go through the same as she went through as a middle class woman.

The trailer is absolutely intriguing. The veteran actors Manoj Bajpayee, Neena Gupta and Sakshi Tanwar are looking great in the trailer.

The most interesting part about the story is that the emergency number of 100 that police use to save people, will they be able to save their own when the number is used not by the victim but by the criminal itself?

Directed by Rensil D’ Silva, the plot is actually the highlight of the film. And it appears to be the best thriller movie we are going to watch as per the trailer in 2021.

Watch The Trailer Below –

Stay tuned to Fuze for updates!