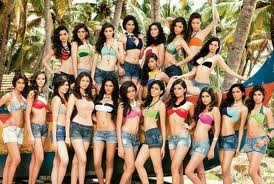 The grand finale of Pantaloons Femins Miss India 2012 was held tonight. And the winners are…

The Jury:
Sonam Kapoor looked extremely ravishing in her pink and silver attire as she made an entry with the masakalli track. All the judges were welcomed with their trademark Bollywood songs. The other judges were: