After the high edged drama with regards to the wedding of Rishabh and Madhu, Madhubala Ek Ishq Ek Junoon is now turning the storyline towards a new direction. Looks like sooner again the viewers will be able to see the ruthless “RK” .

In the upcoming week, along with some lovey dovey moments between Rishabh(Vivian Dsena) and Madhubala(Drashti Dhami), some intriguing revelations are also awaiting. Sultan (Avinesh Rekhi) will get to know that none other than RK’s father Mohan Kundra is his real biological father. And also that his mother Meera (Zarina Wahab) is in a mental asylum.

This revelation to Sultan might come as a shock, but the same revelation to Rishabh Kundra might actually put a new twist in the storyline. For those who were missing the brutal,fierce and callous RK might now sit back and enjoy his come back again sooner or later. But will it in any way affect RK and Madhu’s relation as well?

Keep watching Madhubala from Monday to Saturday at 8:30 pm on Colors. 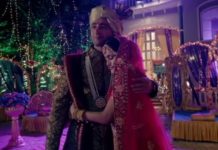 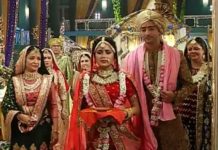 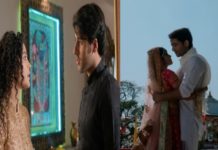