Home ENTERTAINMENT FUZE'n HOT Mohit Raina, Gautam Rode and other who’s who of Indian Television made...

â€œA Happy child is a healthy child â€œ is Â the philosophyÂ  behind Kids play center which is five thousand Square feet of unadulterated fun.

Suhana Sinha says, â€œ I wanted to do something with regards to kids. I had observed Play Centerâ€™s abroad so I wanted to open one here. Our fraternity friends turned up to wish on our big day of opening and it was such a good feeling to see kids having fun. The feedback Â was fantasticâ€. Â Amit Tandon adds, â€œ Playaround has been something I have worked on religiously for the last one year and am happy that finally this dream has become a reality to give kids of Mumbai there very own place to enjoy, relax and play. Â We have done our best to offer them and parents everything under one roof and am amazed and overwhelmed by the response we have receivedâ€.

A huge cake was cut and kids were seen enjoying throughout. Suhana Sinha and Amit Tandon played perfect hosts with their spouses for company.

Mouni Roy was seen at her cheerful best and she was seen on the slide too.

Avinash Wadhawan was seen on the slide alongside Producer Nikhil Sinha

Mohit Raina made head turns as soon as he entered. Many fans had clicked pics with him

Sadhil Kapoor who plays Ganesha was seen enjoying to the hilt.

Designer Neerusha and Kamya Punjabi were seen having a good time

Reshmi Ghosh was seen at an event after a long time 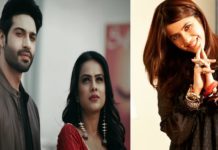 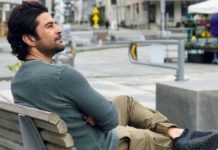