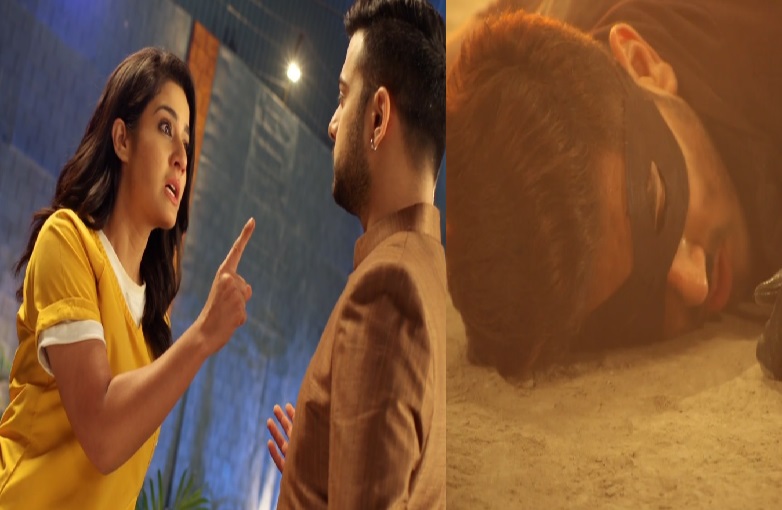 Capturing Neo in order to achieve Avni – That’s what Vidyut wanted and he is near successful in his plan. Letting one of the girls go so that she could inform the police and Neil aka Neo, in turn, who will come to save them – it was all a part of his plan.

Vidyut was already doubting Neil to be the Neo and it seems that his men will surely find out the truth in near future.

Here, Avni will definitely plan something bigger to save Neil at any cost. All in all the future episodes are looking too exciting and with unprecedented twists and turns, Naamkarann is on the right track, folks!

Mr Vidyut, sometimes you utter really amusing things. You think that Neil should start doing sher-o-shaayari? Not that we would complain though but giving out couplets now and then, at a time when his love is behind the bars doesn’t seem like a feasible idea to me.

Maybe when AvNeil will be out and free and united again, we would love to hear Khanna Saahab’s shaayaris and Avni’s ‘not again’ wala look with a sweet smile on her face.

But there is a long way to go for this to happen. For now smiles and happiness seem like a dream for AvNeil, for there are many sorrows, challenges, trials and tribunals on their way ahead.

Neo has been changing the definition of attacking behind the back. Generally this quality is attributed to the one who is too weak to come out in the open and fight, but Neo tells us that it is okay to not come into the limelight at times if whatever you are doing is for the greater good.