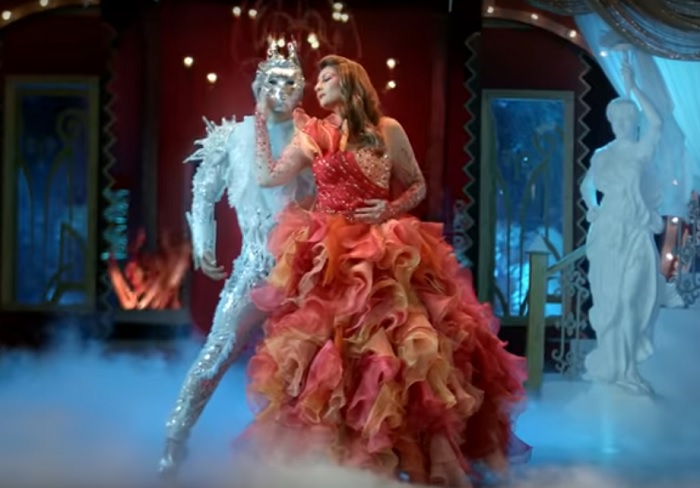 Nach Baliye has been the ever favourite hit celebrity dance show which has been captivating the attention and Indian audiences since 8 seasons.

Each new season, the makers try to incorporate new twists and turns to the war of ‘nach’ to make it more enthralling but this year the viewers of the show are completely in for a huge shock as something unexpected awaits them.

The new promo of the show is probably the 10% answer to your questions (don’t worry, we are trying to figure out the rest 90% ourselves).

Featuring ‘the forever Komolika’ for the audiences and the extremely gushed over actress Urvashi Dholakia in the masquerade dance with a masked partner whom she addresses as her ‘ex’ is definitely the thing that’s gonna blow your mind with excitement and surprise.

Yes you heard that right! And not to miss the ‘cher char’ and the way the two are being a tease. Well just like that ‘bhabi’ eyeing them in the promo with all the curiosity, the makers claim the viewers to be left amazed too with the revelation of this ‘mystery man’ who supposedly is going to reveal the mysterious exes of the jodis!

Now this twist beats any twist in the Indian daily soaps and seems like the ‘baap’ of all twists. After this exhilarating promo and watching Urvashi Dholakia in that carnival costume, swaying to the beats already, it’s hard to wait for the show to come up. Till then lay your hands on the promo here if you haven’t, already!

As we already know that Salman Khan is going to judge and produce Nach Baliye 9. So the mystery man in the promo is him only.

As per the participants, this year along with present couples, some of the ex-couples are also going to be seen in the show. The names that are reported are Pearl V Puri and Hiba Nawab, Shraddha Arya and Alam Makkar, Urvashi Dholakia and Anuj Sachdev among the ex-couples.