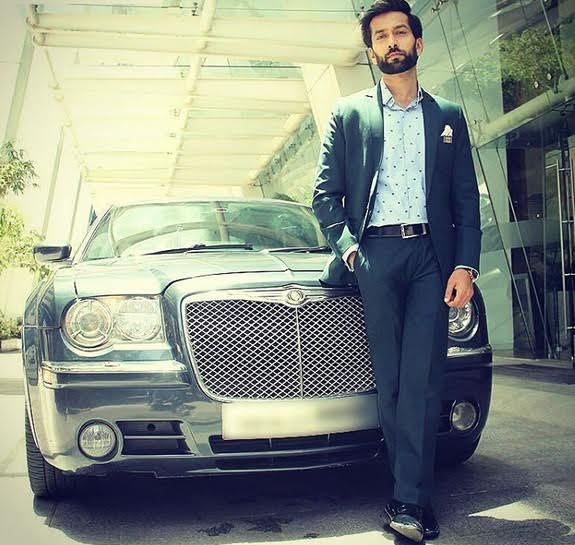 Nakuul Mehta hails from Udaipur, Rajasthan from the family of PrithviRaj Chauhan. He is a descendent of Rajput Chauhan dynasty of Mewar. He was born on 17th January, 1984.

He has completed his education in M.Com from Mumbai University. He is also trained in various dance forms like Jazz, Hip Hop, Break, Folk, Salsa and Contemporary. He is trained under famous Ballroom and Bollywood choreographer Sandip Soparrkar.

He represented Maharashtra in the All India Dance Sport Federation (AIDSF) championship in June 2011. He has won silver medal in Latin Ballroom (Rumba) and gold medal in the Standard Ballroom category (Waltz).

He married singer Jankee Parekh in 2012. The 5’9” blue eyed actor is an active theatre artist. He was spotted by director Satish Kaushik. He did an advertisement with Shahrukh Khan for Clinic All Clear and a Thumbs Up advertisement with Salman Khan. He has done more than 50 commercials and various music videos.

Nakuul was cast by Kumar Mangat for the film Haal-e-dil with Amita Pathak. The film also starred Adhyayan Suman and Amita Pathak.

Nakuul Mehta played the character of a painter in the film named as Sarkhar. He falls in love with Sanjana (Amita Pathak) only to later realize that she is love with Rohit (Adhyayan Suman), whom she thinks is no more.

The film was directed by Anil Devgan and had Ajay Devgan and Kajol in guest appearances. It released in 2008.