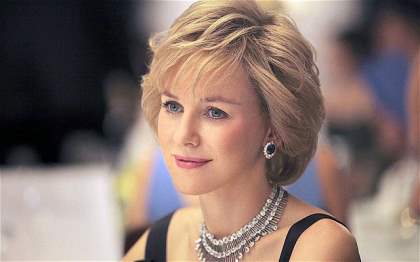 This much-anticipated film about the late Princess of Wales is neither as dreadful as some would claim nor as poignant as it would like to be.

Despite the critical bashing, the film is well received in the United Kingdom. Director Oliver Hirschbiegel’s over-the-top account of the forbidden romance between Diana Princess of Wales and the Pakistani heart surgeon Dr.Hasnat Khan falls more into the category of a Lifetime Movie Network flick.

While the film releases in UK on September 20th 2013 and elsewhere on October 10th 2013, the premiere was held in London on September 6th 2013. Oscar winner Naomi Watts, bore the back lash of critics on not being able to pull off Diana precisely.

While it was keenly noted that playing such a magnanimous character is far beyond the leaps of human perception, critics felt that Watts was unable to deliver the charm and class associated with the Princess of Wales. Actor Naveen Andrews, who plays Dr. Hasnat, portrays the character convincingly; but let’s not forget, who here really remembers Dr. Hasnat? Who knows what he was really like? Andrews, who had the liberty to play with his character, used it to his benefit. He created the character, practically out of nothingness and made it work for both himself and the masses.

Both Watts and Andrews have put their 100% into this film. Neither as dreadful as some would claim nor as classy as it would like to be, Diana unearths the reality of life, as seen by Hirschbiegel and his cast and crew.