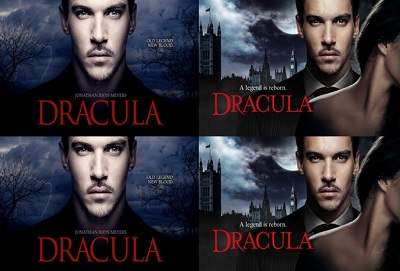 Jonathan Rhys Meyers, noted for his films “August Rush” and “Bend It Like Beckham”, is out for revenge in “Dracula,” as he plays the iconic character in the upcoming TV show.

The character is portrayed very differently in the series. NBC’s “Dracula” is set in the late 19th century. Vlad the Impaler Tepes – Dracula (Jonathan Rhys Meyers) comes back to life in 1890’s London as Alexander Grayson, an American energy entrepreneur and vampire on the down-low. He arrives in Victorian London to provide insight on the latest scientific technology – electricity, a discovery which will bring light to the world even at night. His plan is to set up power plants which will help illuminate London day in and day out. However, his real intentions are secretive and sinister.

Under the guise of a light bringer, Alexander Grayson is nothing but a blood thirsty and vengeful vampire who lives on by his legendary name, Dracula. He travels to London in order to seek vengeance for the murder of his (Vlad Tepes’) wife. He is certain of his intentions and has surefire plan to back them up but little does he know that something is waiting for him in London, rather someone is waiting for him.

Upon his arrival, he meets a woman (Jessica DeGouw), who is the believed to be the reincarnation of his deceased wife. He is instantly taken by her beauty but much to his dismay she is engaged to a journalist named Jonathan Harker (Oliver Jackson-Cohen). With his mortal emotions on the rise yet again, how will he be able to complete his mission? Tune into NBC on October 25th to find out for yourself.

Stay tuned to Fuze for further updates on this blood curdling saga.