Home ENTERTAINMENT INDIAN TELEVISION NEW PROMO ALERT : Will This Be The End Of Anurag And... 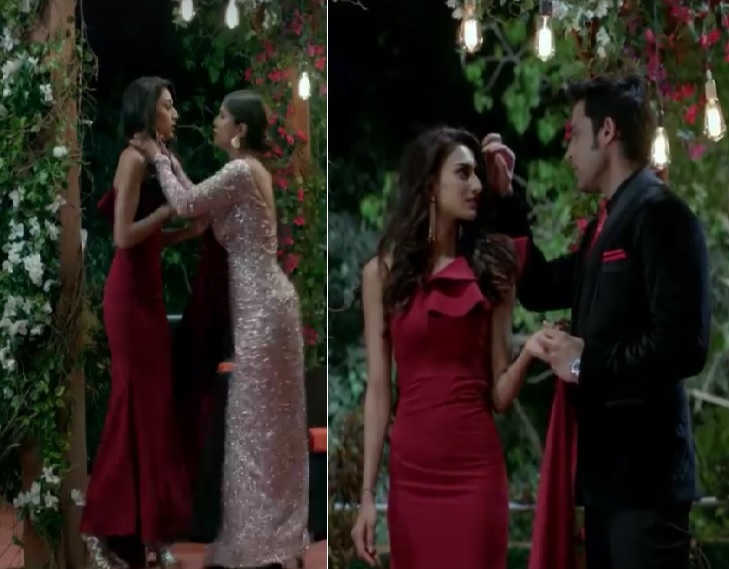 All the buzz around the television industry is currently regarding Star Plus’ Kasautii Zindagii Kay. Since the news of mystery Mr. Bajaj soon coming into frame has been on air, the suspense and viewers interest in the show has spiked up.

And while it’s still time for the mighty man to appear, the latest promo of the show will get you on the edge of your seats.

Showcasing the two love birds Anurag and Prerna finally in some solace in each other’s arms on a beautiful backdrop of terrace top, it seemed like the moment everyone was eagerly waiting for, was there finally.

Anurag and Prerna being in the ‘happily ever after’ phase for a little while at least because forever is something that never guaranteed.

But much to the AnuPre fans dismay, Komolika makes her way once again and this time with a fury and rage within to get Prerna out of the way. In a fit of anger, it’s Prerna being pushed off from the building by Komolika and by the time Anurag comes to the rescue, we see the screen panning out to sheer darkness – nothing!

The promo’s buildup is fantastic for in seconds it goes from romantic to tragic and the mere gist of what’s to come in future in the show would get the audiences mumbling about the fate of Anurag and Prerna next.

Left with little to the imagination, this promo will surely spike the interest of the viewers to watch when and what will come next!

Are you excited for what’s upcoming on the show? Watch the promo below and let us know your theory in the comments section below –