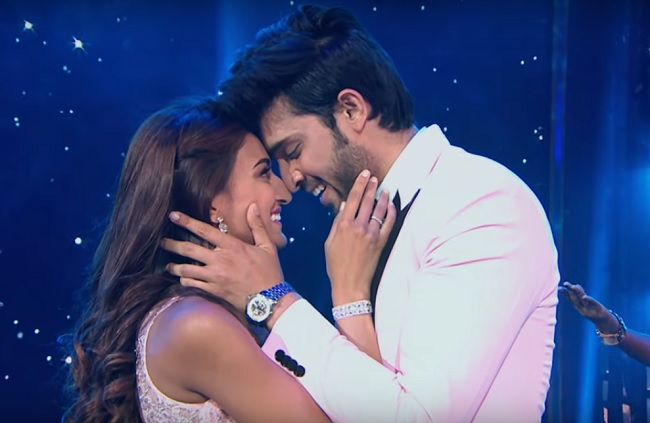 We’ve heard about the twists and turns in the daily soaps for sure but in reality shows, that’s not a regular word. However Star Plus with its new show, Nach Baliye season 9 is making an exception again.

The celebrity dance reality show Nach Baliye 9, which got a lot of hype owing to its ex ka tadka is now leaving no stone unturned to garner viewers’ attention.

The makers of the show have come up with an unexpected twisted that’s bound to make you fall off your seats.

It’s none other than the introduction of the Jodi no. 13 in the recent promo. And much to everyone’s surprise, its the onscreen jodi of Anurag and Prerna aka everyone’s beloved Anupre that’s going to shake a leg on the Nach Baliye stage!

Yes you aren’t dreaming! This little snippet posted by Star Plus has left everyone’s jaw touching the floor. Whether it’s going to be a guest appearance or Parth Samthaan and Erica Fernandes are going to be a contestant jodi is still a mystery though.

Amidst all the glamour and surprise, the original Komolika aka Urvashi Dholakia adding the spice to the two’s entry will be another thing to look forward too!