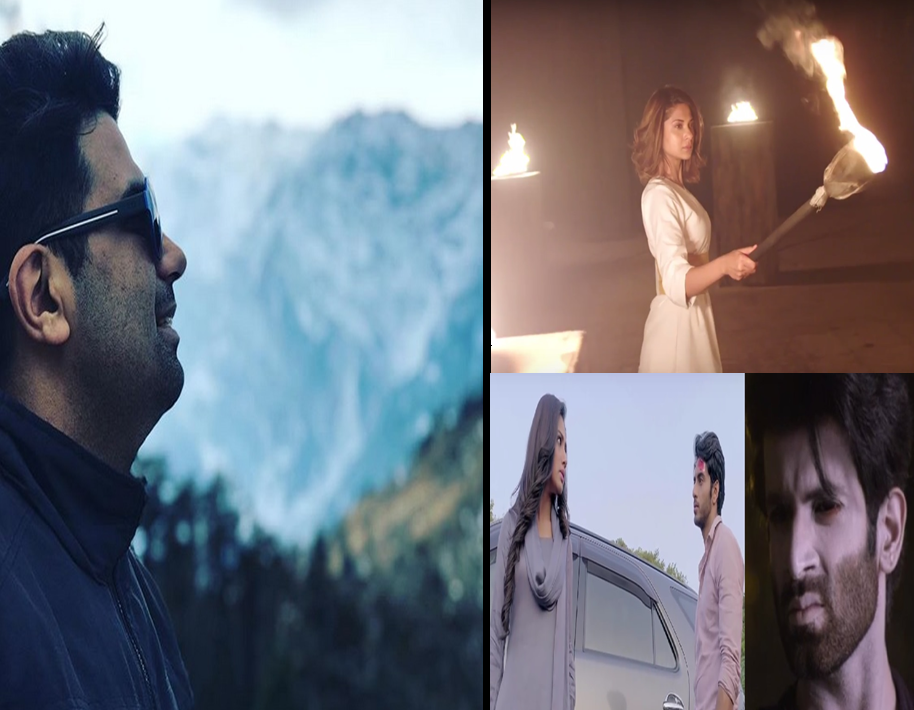 Every time we come across a story or a character that stands out of the crowd, different, intriguing much to hold our attention, the kind of stories that leave us amazed makes us think just one thing – who is the creative mind behind it? Sometimes we fail to reach out to the person and just use social media to appreciate their work but sometimes we are fortunate enough to not just appreciate them over a telephonic conversation but also, get to know more about their stories, their characters not from anyone else but them.

In an EXCLUSIVE interview with Fuze, the youngest producer of Indian television Prateek Sharma, the creative mind and the show runner of the shows like Jaana Na Dil Se Door, Beyhadh and currently garnering all the appreciation for his debut production Ek Deewaana Tha shared about his journey, his shows and much more. Read on to know.

• How did you start your career? Do you always wanted to be a story teller?

Actually, I was picked up from the campus by Star. They came to my college, EMRC Indore and they had selected me for a creative intern profile. While working at Star, initially I worked as a associate producer in the shows like Pratigya, from Saathiya onwards, I became the show runner but the first show that I wrote, the complete story and the concept was Jaana Na Dil Se Door.

It made me the youngest show runner on Star. After that, I moved out of Star and started working on Beyhadh. It was my first independent venture outside and while I was working on Beyhadh, I narrated the concept of Ek Deewana Tha to SONY team which they really liked and since I have been pretty much handling the shows on my own as I not only handled Beyhadh creatively but production too so they proposed the idea that I should produce the show and that’s how it started.

• Why did you choose Ek Deewaana Tha as your debut show as the producer?

One thing was very clear that in the horror genre, we didn’t want to get into the tantra mantra and lately viewers were a little upset because we showed tantra mantra during the wedding in the show but all that will be logically answered in the story, please wait and watch how it’s going to unfold.

And, the subject of Ek Deewaana Tha was different and I wanted my first show as a producer to be different enough to gain audiences’ attention instantly.

• How different or same is it from being a creative writer to being a producer?

For me, it’s absolutely the same because I have been the show runner in almost all the shows I have done and in Beyhadh also, I was the show runner. Now, when I have become a producer, my team tells me to behave like a producer but I still invest in the quality of the scene.

I don’t want anyone to say that when I was a writer, I wrote scenes like proposal in a hot air balloon and under water engagement but when it came to my show, I’m shying away from the tedious production work.

• Ek Deewaana Tha has been quite different in terms of content. How did you come up with the concept of love between an undead and a mortal?

While we were on the Mauritius outdoor of Beyhadh, after the shoot at night, we all used to sit together and talk and one topic that used to excite everyone was horror.

And, I have always felt that horror genre has not been explored on Indian television the way it should be.

• Will Ek Deewaana Tha ever get a happy ending because the hero is apparently dead and the heroine is alive OR can we expect a miraculous climax to the story of Ek Deewaana Tha?

(Laughs) See, that depends. The show is a finite series as everyone already knows and as of now, it would not be appropriate to comment that it will be a happy ending or a sad ending because that will just spoil the suspense of the show.

The ending of Ek Deewaana Tha is already decided but it’s not the right time to disclose it. You will have to wait and watch, whether it’s a happy or sad ending.

• What made you choose Namik and Vikram for their respective roles in Ek Deewaana Tha.

I have worked with Vikram in my previous show, Jaana Na Dil Se Door and he is an extremely good actor. He is a great performer and he does magic when he is on-screen. When I wrote the character of Vyom and it has so many shades that I could not think of anybody else other than Vikram to portray it.

As for Namik, he is a really good looking guy and because the ghost is shown covered in snow, with black eyes in the first half of the show so, I didn’t want the ghost to look ugly.

Namik is good looking plus he has the potential to look extremely angry and dangerous one second and innocent as a child, next second.

That persona and there is a certain amount of innocence and honesty on his face that made him an absolutely perfect choice for the ghost and needless to mention that he is a great actor.

• Beyhadh has been a milestone for Indian television. So, how did you come up with such a terrific portrayal of obsessive love on TV?

There are some stories that come naturally to you and Beyhadh was one such story. We had do a lot of study of Maya’s character and during that time, the story developed its course.

A lot of things were explored while we were working on the show. I had a lot of contribution from the entire writing team, the channel and that’s how Beyhadh was made. Beyhadh was not a one person’s job, it was a team effort.

• Did you ever think that Beyhadh might not work on television as it was far different from being conventional?

When I narrated the concept of Beyhadh to SONY, they liked it instantly and asked to make the show without the fear of TRP numbers.

The show was supposed to be there for just six months only but then, viewers loved it and it went on for almost more than a year.

It was majorly the channel’s support because of which, we could make Beyhadh. They gave us the full liberty to show Maya’s complete story. They said, go with your conviction, do what is right to complete the journey of Maya.

• Which is the one sequence of Ek Deewaana Tha that is very close to your heart?

The Manali sequence, undoubtedly. And, it is extremely close to my heart because we shot it in very difficult situations, the temperature was minus four degrees, we were literally a feet under the snow and still the entire unit shot it and as far as I know, it was the first ever sequence on Indian television that was shot entirely in real snow.

• Which shows are your favourite shows on TV?

I absolutely love watching Prithvi Vallabh and Porus. Apart from these, I love watching Yeh Rishta Kya Kehlata Hai, in fact, I have been Yeh Rishta’s viewer since I started working for Star Plus and Ishqbaaaz. I watch it because it’s our competition and I love it.

• Message to the fans.

All I would like to say is, thank you all for your constant love and support. And, please keep showering your love on Ek Deewaana Tha.