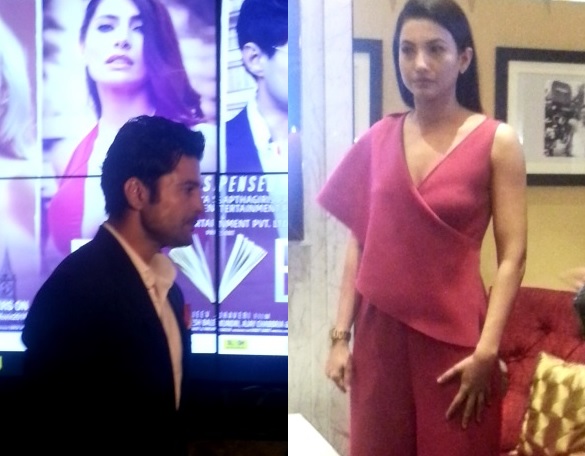 Rajeev Khandelwal and Gauahar Khan starrer Fever had its trailer launch today at PVR Icon, Mumbai. The launch was hosted by the famous RJ Anurag Pandey popularly known as ‘Picture Pandey’. He invited the special guests for the screening Arbaaz and Sohail Khan.

Sohail Khan was in all praises for Rajeev Khandelwal. He said he was totally mesmerized by Rajeev’s talent when he saw his first movie Aamir and also called him an ‘amazing performer’.
Arbaaz said that he has seen the film and ‘it is terrific’. Apart from Arbaaz and Sohail, Javed Jaffery also attended the launch.

On being asked about the intimate scenes Rajeev said, “All of these are part of the script which take the story forward. Those are the passionate moments and not just intimate scenes.”
Gauahar Khan went on to say, “While I was doing the films like Ishaqzaade and Rocket Singh, media always asked me why I was not doing any movie as a lead. I would say nothing exciting was been offered to me to say yes. Fever was one such film!”

The other actors Gemma Atkinson and Caterina Murino could not make it to the launch, however they sent across their video messages.

Rajeev was also asked why does he disappears and doesn’t sign films frequently. He said he goes for holidays because there is more to his life than just movies.

Well, the trailer of the film surely looks intriguing. Fever is all set to release this year on July 22nd.