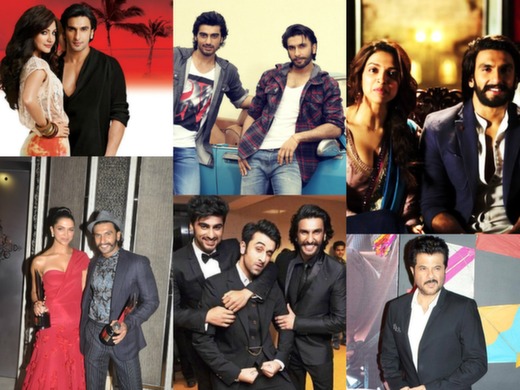 Where there is Ranveer Singh there is a rumored love affair. Post his debut film, Ranveer  was in a long term relationship with Band Baajaa Baaraat co-star Anushka Sharma. The news not only made headlines during the film’s promotional period but was a talked about matter much after that as well.

Likewise, during the filming of Sanjay Leela Bhansali”s Ram-Leela, rumors of Deepika Padukone and Ranveer Singh linking up filled page 3 of every tabloid. While at first, the couple kept their relationship under wraps, not much could be hidden after the famous Ranveer-Deepika kiss. Ranveer accepted his love for Deepika publicly at the Filmfare Awards this year when he jokingly told host Shah Rukh Khan, “I take over all the girls you launch.”

Also Read : Deepika Padukone With Ranveer For Gunday Screening But With Ranbir For Imtiaz’s Next! | Fuzion Productions