Home ENTERTAINMENT FEATURE Reasons Why Naamkarann Still May Have The Best To Offer – An...

Consider this as an open letter to you guys from a person who has watched your favourite show since quite some time now.

Having said that, I would also give a fair warning, that you read ahead with an open mind and NOT with an already opinionated mind.

No one did ask me to write whatever I am writing ahead. But seeing the outburst on the social media, for a show that’s still one of the best right now airing on prime time, it made me pen down my thoughts on the same.

I am no one to tell you or suggest you anything, you can read this and very well throw it in the dustbin of your mind if you do not agree with it. But if you feel, I am talking any sense, then kindly give a thought to what I am penning below.

Any show has two leading characters around whom a story is based. In Naamkaran’s case it’s Neil and Avni. They are two strong individuals, much different from each other yet much similar to each other as well.

They fell in love. Circumstances, villains, cupids, good and bad characters – Everything and everyone made them reach where they are today.

In this journey, everyone may have their favourite characters and characters whom they disliked – There had been a phase wherein no one was as bad as Dayawanti, then Shweta became the hurdle, then Juhi, then Vidyut – The level of dislike may have differed for each of these villains, but fact remains that with each of these people and their vile intentions, they enriched Avneil’s story.

That’s the basic work of the characters in a show – Whatever they do, good or bad, they are there because their deeds are supposed to impact the lives of the leads. And then the story is about how TOGETHER the lead characters deal with the same. 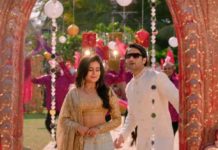 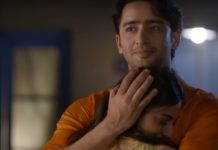