Home ENTERTAINMENT EDITOR'S PICK Reasons Why Sanjivani’s Post Leap Season Has Viewers Hooked To It Than... 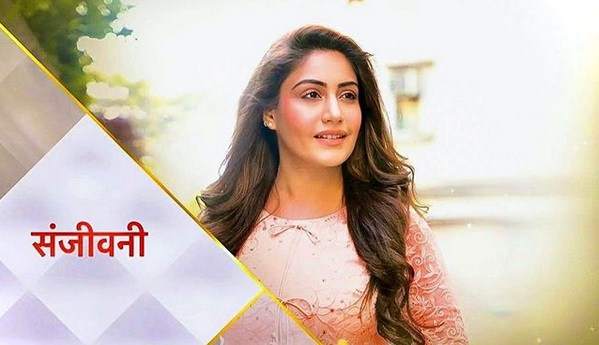 Sanjivani on Star Plus is grabbing major eyeballs right now, probably more than before with the leap that has happened in the show.

The makers had decided to take the story forward but with a twist and usually introducing a leap has been quite an effective, tried and tested method in Indian television to engage the audience and up the TRPs as well.

The leap in Star Plus’ popular show came with a shift of time slot from 7:30 p.m to 6:30 pm as well. But there are many more intriguing aspects of the show that have kept the viewers hooked to Surbhi Chandna and Namit Khanna starrer show.

1. Surbhi Chandna’s brand new look – The first thing that caught the eye for majority of fans and viewers was Chandna’s new look. From montage to the promos and offscreen pictures, the she is back in her long and wavy mane with a wave of change in her styling also. And that’s definitely a good change to see.

2. The New Cast – Post leap, there are many characters who aren’t the part of the show now but we can see some exciting new faces like ace actor Gaurav Chopra being major one.
While a few characters from the former season have been retained, the story seems to have taken a turn for good. The new avatars and now the different shades of different characters apart from the hospital staff might connect to the general audience a little more.

3. Surbhi’s Splendid Performance – Without any second guesses, isn’t it pretty evident that Surbhi Chandna is shining as the brightest star in the post leap section of the show. The way she has portrayed the emotions and executed every bit of a patient of clinical depression is applaudable. Not only she has been convincing, but she has managed to stand out of the lot with her top notch performance specifically.

4. Gaurav Chopra’s Charm – The actor has always been looked upto as one of those who leave a trail of amazement behind. The actor in the shoes of Mr. NV Singh is fitting in the bill so perfectly that we already have fans shipping him and Dr. Ishani together. His character gives an unsaid stability to the track and is very pleasant to watch.

5. Traversing the path of mental illness – This may sound a little out of line to a few but unknowingly the show has opened up the pages to how mental illness, depression being the commonest of all can be experienced by any loved one and how it looks like. It subtly highlights the way one might look at it and also how to be there when it strikes. This unconventional take on the health condition has garnered major interest of the viewers with the topic trying to break free the taboo associated with the same.

With only a week having passed by to the leap in the show, the track so far look good and managed to keep the viewers on the edge. With Dr Sid aka Namit Khanna’s comeback, things are expected to take a new turn and how.

For more updates, stay tuned to this space and let us know your reason of loving the whole new look of the show!