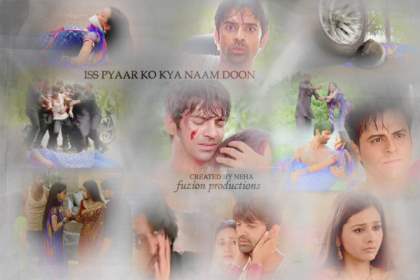 This Week Star Plus’s show ‘Iss Pyar Ko Kya Naam Doon?’ had some nail biting moments. The viewers got to see Arnav Singh Raizada in typical ‘ASR’ mode, who put up a heroic fight with the goons and also the Arnav who cried, wept and almost broke down with his unconscious wife in his arms when he had the delusion that he might lose her forever. While, certain action sequences in the show did give the audience’s goose bumps, the scene of Khushi’s falling off the cliff was a captivating one.  People enjoyed watching their hero’s stunt skills but they also loved to watch  Arnav ,who was crying out loud for his wife’s well-being. The ‘Dhak Dhak’ sequence was back after a long time in the show when finally the mighty ASR realised his own words, “Humaari Dhadkane Ek Ho Jaati Hai”.

This week the audience also witnessed the return of Arnav & Khushi back to the Raizada Mansion. As anticipated, after the duo’s  return, the family went through some dramatic moments where the audience got to see Khushi ( Sanaya Irani) revealing Shyam’s (Abhaas Mehta)truth  with NK(karan Goddwani) and Payal (Deepali Pansare) supporting Khushi, Shyam’s arguments seemed to become weak. However Shyam being the wicked, twisted, manipulative cunning lawyer turns around every statement uttered against Khushi.

The bond between the sisters, Payal and Khushi , was  visible in the episodes after a long time. The viewers got to see the cord of the Gupta sisters after a long time. NK too stood up to the expectations of the audience by providing his strong support to Khushi. All the actors of the show put their best foot forward & gave their 100 % in the most dynamic & nail biting scene of this week.

And finally, the viewers got to see the long awaited Slap, Arnav Singh Raizada slapping Shyam Manohar Jha not once but twice. The ‘Slap’ can be surely stated as the most awaited moment of the year. Arnav who was quiet since the time he entered the Raizada Mansion, when accusations were hurled to & fro from Khushi to Shyam, to NK to Shyam, to Payal to Shyam, to Maami to Khushi to Shyam to Khushi ,  Arnav Singh Raizada broke his long awaited silence with two golden slaps across  Shyam’s  face claiming one of them was for cheating on his elder sister Anjali and another one was for misbehaving with his beloved wife Khushi. The audience literally had to cheer for the golden slaps & the golden words uttered by their very own angry young man ‘Arnav Singh Raizada’.

The most controversial and debatable Silence of ASR altogether came to an end on the very last day of the week when he finally decided to speak with both his hand and mouth leaving the entire Raizada family speechless. Though ASR’s silence was broken at the very end but then His words are the last words. Kudos to Barun Sobti for giving us some amazing expressions, dialogues and two breathtaking slaps in this week!!!

With Shyam’s temporary exit from  the show the story might take some twisted turns in the coming weeks. It was evident from this week’s episodes that ASR remained silent throughout the entire Shyam Confrontation drama only because of his sister Anjali ,but then His wife, Khushi’s tears forced him to leave his sister’s  side and stand up for his wife.  We wonder here, is this going to happen in the near future episodes of ‘IPKKND’ too?  Will Arnav have to choose between his wife and his sister? If at all a situation arises whom will he choose? How would he create a balance between the two most important people in his life? What will Khushi do? Will she be able to bridge the gap between Arnav & Anjali, if at all differences arise between the siblings? 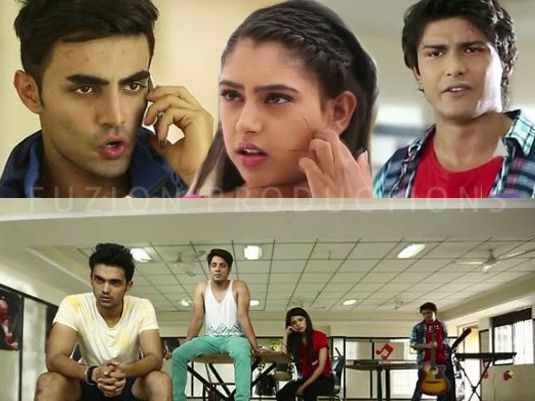