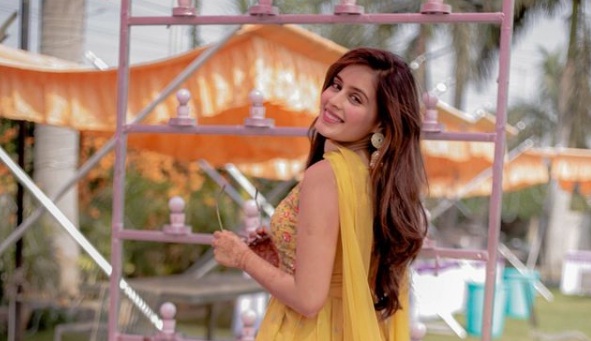 It wouldnt be wrong to address the subtle beauty of television, Rhea Sharma as the Eid ka chand considering the time span after she has made an appearance on social media.

The talented actress was being terribly missed by her fans after being seen in her last stint in the show Yeh Rishtey Hain Pyaar Ke on Star Plus. The actress has always been very private and not being a social media fan, she was rarely active on the platform making her fans miss her immensely.

The actress has just posted a picture of herself. Clad in a lovely yellow traditional attire and henna adorned hands , the actress looks ready for a wedding function.

Nonetheless this post of hers surely has made her fans the most happy and we hope we keep getting frequent lovely posts from her like this!

Check out her picture right here –