4) The first 5 episodes were really intense & overwhelming for the fans. You took a huge risk to break the fairytale like world of MaNan and knock some reality into it?

And I am keeping my fingers, toes and all the hair strands crossed that the risk pays off…. I really really hope the fans are able to love this messier Manan (as they call them) like they loved their fairytale version as the character bases are the same.

It’s only how they have evolved in their lives as they have grown up. And don’t we all love intensity, how would we enjoy coming together of two people in love if we don’t see the struggle they have gone through to reach that love and if they are not able to survive the intensity then they were definitely not meant to be!

I remember a song that my mother used to often listen to when I was a teenager but there are these two lines from the song that have stuck in my head over the years “tumhe yeh zid thi ki hum bulatein, humien yeh umeed ki tum pukaron”, it’s a lovely composition penned by Gulzar.

Most love stories go wrong here in reality and it’s a very common mistake. It definitely happens more as the relationships grow old and the partners get more secure in their love, they start expecting that their partner would understand and align with all their said and unsaid thoughts.

5) Manik has been at the receiving end of lot of back lash, for obvious reasons. Some feel he is back to square one and his growth as a character has been hampered. Is that so?

I would have thought that Manik has changed drastically and in fact while writing him there was a lot of thought given to how a character like Manik would have evolved over this period of time… in one of the scenes Nandini tells Manik that she is not as naïve as she was when he left her for Dhruv and that she knows that there is something deeper troubling him than these day to day fights.

Even Manik is not the same Manik whose feelings were still developing for Nandini and therefore got insanely jealous after impulsively breaking up with her.

Today’s Manik is deeply, madly and crazily (almost literally) in love with Nandini and he would rather die than let any harm come to Nandini especially if the harm is he himself!

He is definitely more thought through and that is why would consciously not get jealous of Smaran, not explain about Inaaya’s kiss and give dating tips to Nandini so that she can guard herself from creeps!

I know that he might seem off the rails but that’s how he loves with his whole being, one of the popular quotes of Rumi is “reason is powerless in the expression of love” and I love Rumi! Having said that, it’s Manik’s fight whether he will lose all or win all in love! 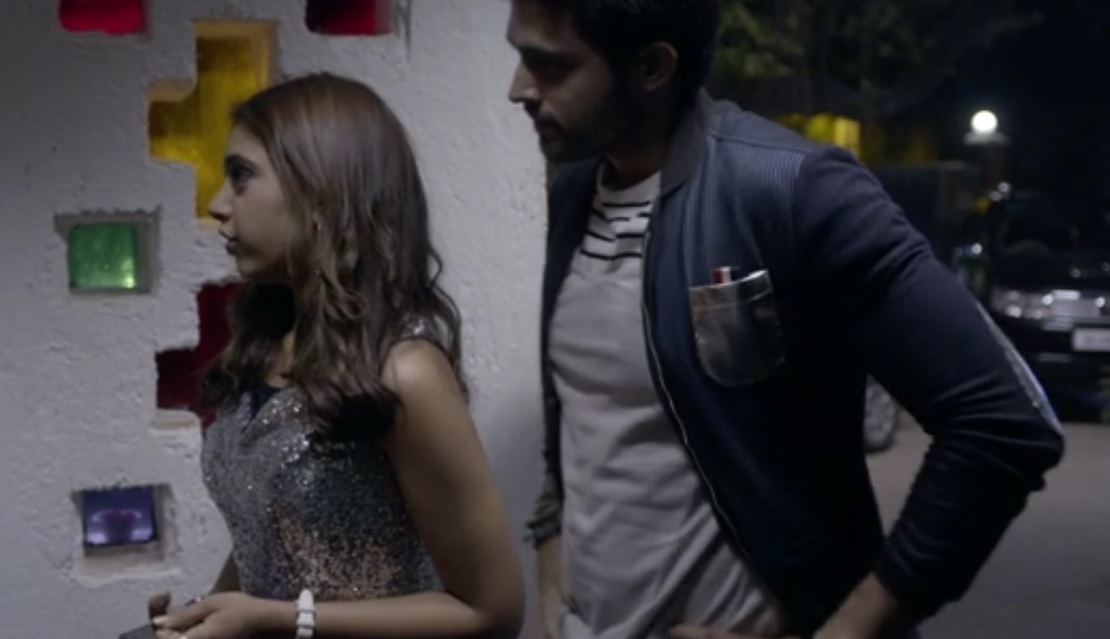 6) As a character, Nandini has gone through a tremendous transformation, be it her looks, her attire or her personality. Majority are loving this version of her, but there are also few who feel this isn’t the Nandu they knew. What do you have to say about that?

But she is still the middle class girl who would want marriage, wouldn’t any girl expect that after being in six years of relationship especially when you have parents at home who are worried about it?

She knows that there has been pressure on their relationship because of their work commitments but she saw no reason why their love wouldn’t be able to survive it and therefore she proposed, she was never expecting a no from Manik.

As she didn’t see it coming, her hurt was greater which blinded her and pushed Manik who was already not in a good place to the inevitable.

I would think Nandini has become more real now, are we not all entitled to mistakes and feeling hurt.

It’s how we win over it that makes us a better person. In terms of styling I think we have tried to keep the essence of Nandini she was always comfortable in her skin and really didn’t think she needed to show it off which we always kept in mind, it just that over the period of time and with travelling across continents, she has aligned her self a little more universally…..contd