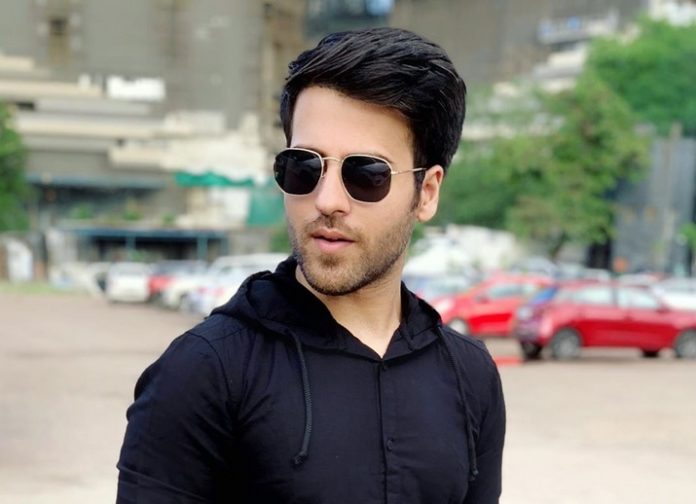 The talented young lad Ritvik Arora, who essayed the role of Kunal, in Star Plus’ Yeh Rishtey Hain Pyaar Ke will sadly no longer be a part of the show.

As everyone’s aware, Ritvik didn’t join the shoot post lockdown. After all these days, a leading daily confirmed the reason of his exit from the show where the producer’s and his reasons for doing so were clearly stated.

The fans of the actor who adore his character on the show have been extremely sad since then as he was loved dearly for being Abir’s (Shaheer Sheikh) Naanko. His chemistry with co actress Kaveri Priyam was also lauded by the viewers.

After the public spat that came into light by the leading daily’s report, Ritvik has now shared his word on the events that occurred , in his Instagram story.

The actor has shared the excerpts from the mail that was sent to the production house by him and has bid adieu to everyone with all respect and love .

As stated, the actor was unable to resume the shoot due to the current pandemic situation which might have left his family worried otherwise.

Actor Shaheer Sheikh, who shared a very up-close and personal bond with him also shared a few memories with him expressing how he misses his best man.

Ritvik as an actor has indeed shown phenomenal growth and the way he had breathed life into Kunal’s character will always be irreplaceable.

Here’s wishing Ritvik Arora a good health and a bagful of opportunities and good wishes ahead. 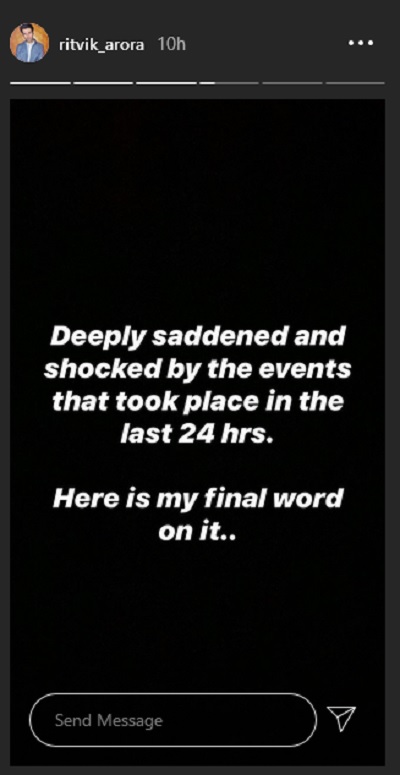 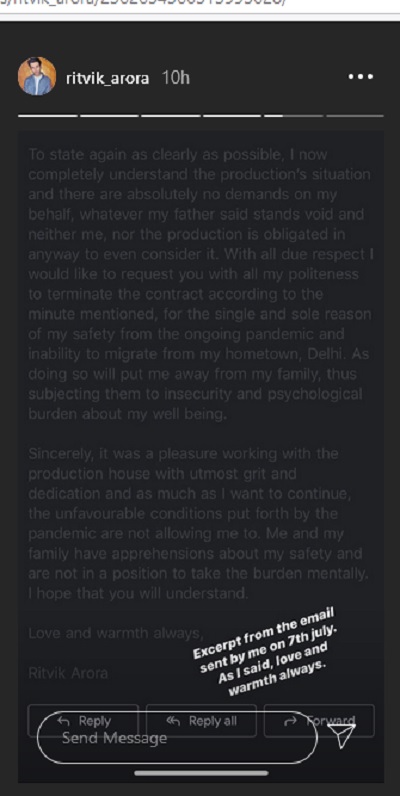 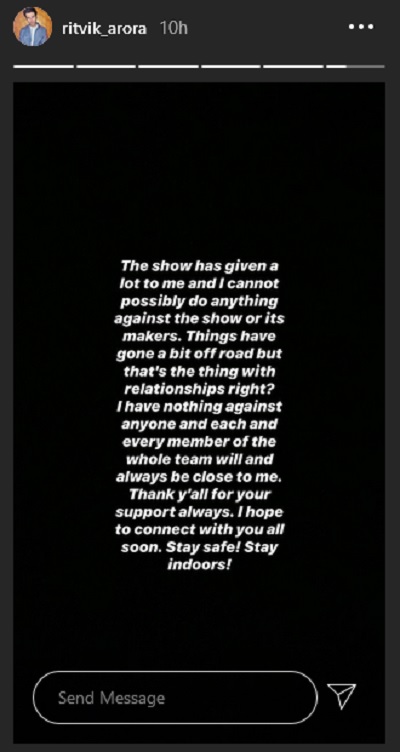