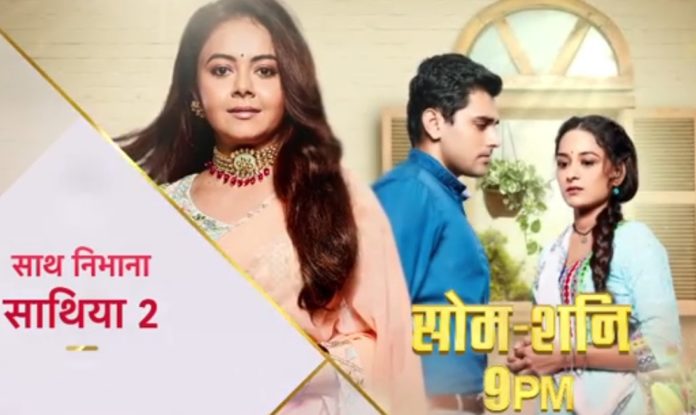 The decision of keeping the iconic characters of the show intact in the new season has already been the plus point of the show and integrating this viral dialogue in the second week itself might just help the show in garnering more eyeballs.

The concept of this season of Saath Nibhaana Saathiya is how a “Naukrani” would become “Bahurani” but still, she would not just be doing the same amount of house chores as before but would be treated same as well as she was before becoming the daughter-in-law of the house which actually reflects truth of so many households across the country where the daughter-in-law is nowhere treated like Bahu -“Rani” and is rather burdened with the house chores and countless responsibilities right from the next day post marriage!

WHY? It’s 2020 and we are still struggling to change a century old mindset.When will we learn that a daughter-in-law deserves to be treated just like the daughter of the house? When will be able to diminish this difference between the two?

Though it’s just the beginning but we all know, Television has the power to change mindsets and we really hope, makers handle this concept well and give out this much needed message.

Still a long way to go for that but for now, watch the new promo below if you have not seen it yet –