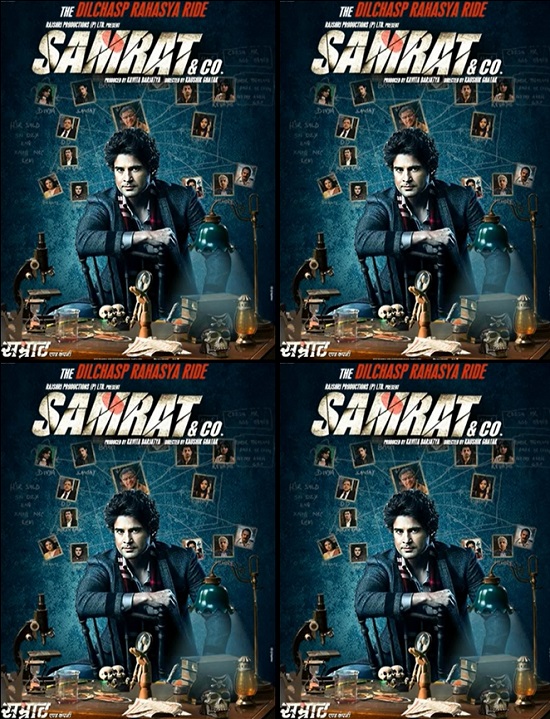 It’s almost 42 degree Celsius at Kolkata and with this boiling temperature when we reached the theatre, the ticket counter was evidently empty at Inox. The snowfall scene at the very beginning of the film might just give a relaxing pleasure to those who reached the theatres in a half fried state.

Jokes apart, let me be honest here, Table No. 21 had increased the bar of expectations from a Rajeev Khandelwal film. Heard one of the audience saying, “last time he mesmerized me, this time I want him to surprise me”. I watched the film with approximately 20 people in the hall but by the interval, each of those were really intrigued by the movie.

Also Read: – Rajeev Khandelwal : Samrat & Co Is Not A Desi Version of Anything

Samrat or STD is a detective with a sharp mind but not so sharp eyesight. His poor eyesight didn’t fulfill his dream of IPS but his vision made him an unbeatable investigator. The film kick starts when the daughter of a rich man from Shimla (Dimpy Singh) comes to Samrat with a rather weird case that is initially believed to involve supernatural elements and ghosts as well. Must say, director Kaushik Ghatak has done a believable job in portraying the spooky environment around Mahendra Pratap Singh’s mansion.

As the film progresses Samrat finds himself very close yet one step behind the conspirator. The film takes an about turn with two of his prime suspects’ death preceded and followed by a number of more murders. The director also included some code language in the film which Samrat’s assistant Chakradhar Pandey (Gopal Dutt) terms as ‘kisi bachche ki galat English’. Murders, codes, ghosts, supernatural incidents, all wrapped in one roll makes Samrat & Co a curious watch for the audience.

Rajshri’s first approach towards the suspense thriller makes the film stay honest to its genre. Although the movie is a captivating watch, but it is not flawless as well. The locales of Shimla sometimes appeared as being animated which might not impress a number of viewers. However, the action sequences are remarkably well shot. Rajeev Khandelwal probably have delivered some astounding stunts on screen for the first time. He was there on the boxing ring, racing behind a car, saving the girl from a bomb blast and also doing martial arts at God knows what height with Rajneish Duggal.

Gopal Datt as Chakradhar Pandey (CD) may turn out to be a new addition to the current humorous clan of actors in Bollywood. Madalsa Sharma delivered her part well. Priyanshu Chatterjee as the eldest son of the Singh household is convincing. The husband wife duo Indraneil Sengupta and Barkha Bisht along with Rajneish Duggal were good addition to the cast. And above all, Rajeev Khandelwal definitely turns out to be a heroic detective in the film and carries it all the way with definite conviction. Throwing those typical Sanjay Masoom punchlines in a rapid speed must not be an easy task although the very speed might not click instantly with some of the non-Hindi speaking audiences as well.

Overall, Samrat & Co is a good watch. The film deserves a rating of 3/5 for combining intelligence with commercial aspects in a believable way.