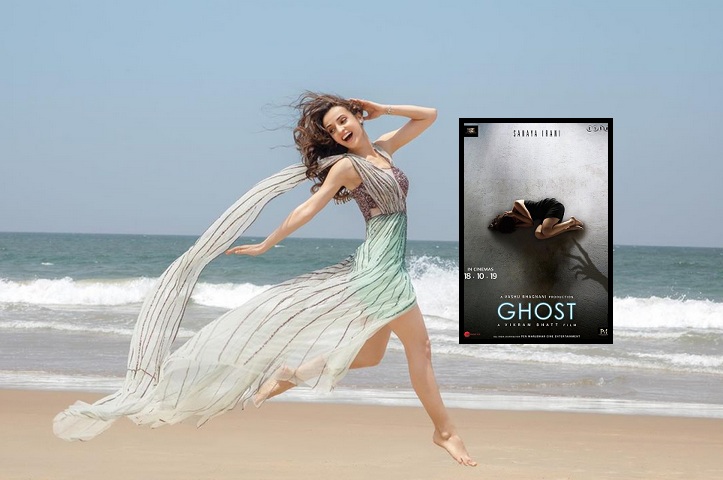 It’s the birthday of television’s favourite diva, Sanaya Irani and the actress is just ageing backwards it seems.

The ever so gorgeous lady who’s fans are eagerly waiting to see her making a breakthrough again has taken quite a time from onscreen camaraderie.

But the late it comes, the better it is we believe and hence the wait is over finally!

For all the fans, this news is like the answer to all their prayers. The actress who was working with Vikram Bhatt on a project has revealed the first look of her upcoming film ‘Ghost’.

The poster of the movie that’s going on board on the big screen on October 18 this year, looks calm, intense, dark and a terrifying.

The curled up female with just a skeleton hand is enough to send chills down the spine and would get you all excited to view the trailer!

We are pretty sure, the lovers of horror genre would be bound to get the seats booked too. The film is all set to release this October 18th 2019. Ghost is directed by Vikram Bhatt and produced by Vashu Bhagnani.

Have a look at the posters here –

Zain Imam’s Instagram Followers Reach 1.6 Million And He Says A Big Thank You

Shaheer Sheikh : Here’s What He Has To Say About His Mahabharat Costars Pooja Sharma And Sourabh Raaj Jain