4 Lions Films production is ruling Star Plus now with its favorite shows garnering the prime time audiences. And while Nazar and Kulfi Kumar Bajewala from producer Gul Khan’s kitty are high on TRP charts, it’s been only a little while since Dhinchaak Ishqbaaz wrapped up.

Being one of the most influential and popular production houses in television, 4 Lions Films has set a standard where we can’t locate an actor in Telly Town who wouldn’t want to step under the banner and work for it.

The likes of many known faces from the television industry like Nakuul Mehta, Mohit Malik, Surbhi Chandna, Surbhi Jyoti, Shrenu Parikh, Karan Singh Grover, Barun Sobti, Gurmeet Choudhary, Sanaya Irani  and many more have worked with the production house and are hugely popular.

Looks like the gorgeous diva Sanaya and the producer will collaborate again on a future project.

Telly Town’s bubbly babe Sanaya Irani, who’s fans are eager as ever to see their boss lady back on screen might be in for a surprise. It looks like a new project with the gorgeous Sanaya Irani is in the pipeline, but no further details have been disclosed yet. Sanaya Irani was hugely popular as Khushi Kumari Gupta in Gul Khan’s Iss Pyaar Ko Kya Naam Doon on Star Plus.

True to her name in IPKKND Khushi spread happiness everywhere.

The actress was last seen in the fictional daily soap RangRasiya on Colors. On the digital platform she was seen in Iss Pyaar Ko Kya Naam Doon – Ek Jashn (Hotstar), Zindabad (VB On The Web).

Sanaya Irani has also participated in the reality dance shows – Jhalak Dikhhla Jaa 8 and Nach Baliye 8 as a contestant.

These shots about a fan’s conversation with Gul Khan is doing the rounds lately and from the looks of it, Sanaya Irani might soon be seen on the screen again!

Have a look at the social media exchange between the producer herself and a fan. –

Stay Tuned To For All The Latest Updates! 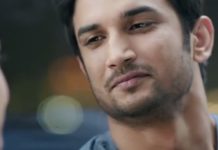