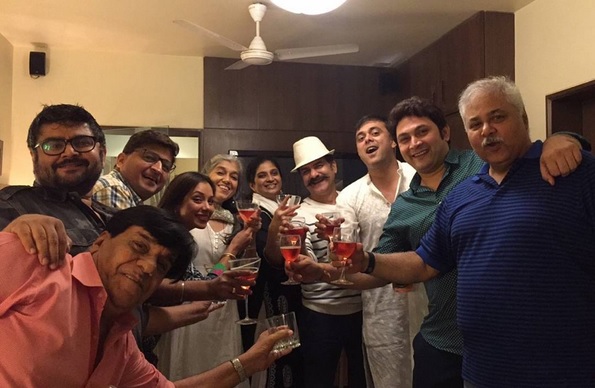 The Star One show Sarabhai Vs Sarabhai was probably one of the most cult comedy shows made on Indian television. The show is still remembered by viewers for its effortless comic situations and most memorable characters of small screen. Recently, the team of Sarabhia Vs Sarabhai celebrated their 10th anniversary along with the entire team. Although, the show has gone off air years ago, the entire team got back together in a reunion at co-star Sumeet Raghavan’s place and enjoyed an evening together.

The entire #sarabhai team at my house for dinner. We complete 10yrs #madness #bonding

The team also did sing the title track of the show and for sure the two videos below you would not want to miss if you ever had been a fan of the show.

We can only wish, the show comes back on television and delivers the best comedy on small screen again. Let us know what you think about the show in the comment section below and stay tuned to Fuze!