The second season of Kasautii Zindagii Kay is all that is making headlines in the TV news these days. The latest from the lot is that King Khan himself will be announcing the reboot for the audience.

As per a Mirror report, Shah Rukh Khan, will be announcing the return of the iconic show on TV through a video. After some ‘brainstorming session’, even Ekta Kapoor joined him in the video to announce the return of her one of the biggest romantic hits on small screen.

The video is shot already and glimpse of it is being widely shared on social media. In the video one can see SRK grilling Ekta about the new thing that is going to happen in her life.

And we bet it, Ekta Kapoor’s reaction will make you smile as well.

Kasautii Zindagii Kay 2 is all set to get launched on Star Plus in the coming September 2018. The memorable Shweta Tiwari and Cezanne Khan as Prerna and Anurag will be taken over this time by Parth Samthaan and Erica Fernandes.

As per reports, the team is to shoot at Kolkata too as the male lead protagonist, Anurag Basu, is a Bengali.

While a short teaser of the show with Erica Fernandes is already released, Parth Samthaan’s official look in the teaser is still awaited and so does the entire full video of SRK and Ekta Kapoor.

If you still didn’t get a glimpse of it, take a look here – 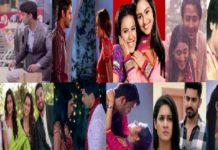 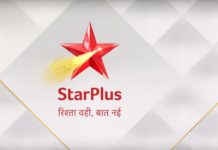 Star Plus’ New Programming During The Lockdown Period Will Keep You Intrigued!